Leander Paes and Martina Hingis had defeated American duo Sam Querrey and Bethanie Mattek-Sands 6-4, 3-6, 10-7 to add the US Open crown to their wins at the Australian Open and Wimbledon. 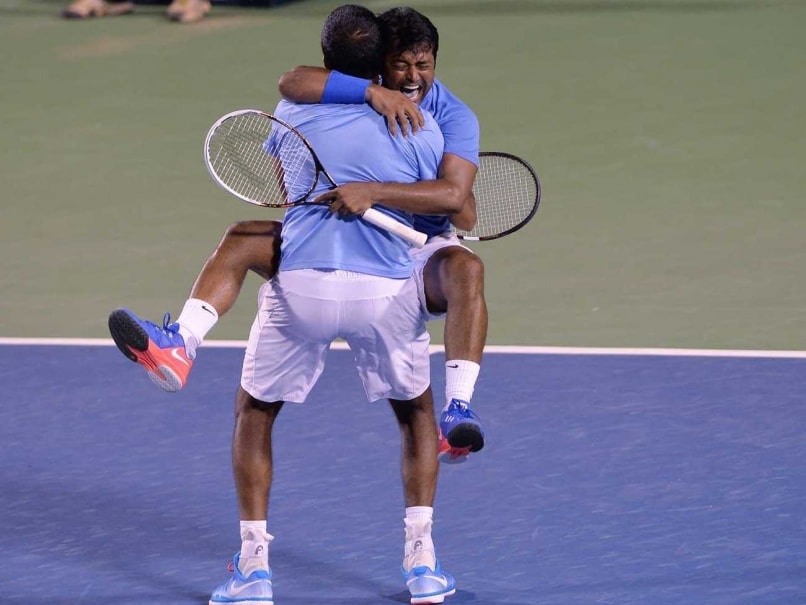 The fourth seeds had defeated American duo Sam Querrey and Bethanie Mattek-Sands 6-4, 3-6, 10-7 to add the New York crown to their wins at the Australian Open and Wimbledon.

An elated Paes said he is feeling "blessed" following a phenomenal year in tennis for him.

"This year's been a phenomenal year for me. Any year when you win one Grand Slam is a brilliant year, but winning three is great. I feel very very blessed," said Paes, the winner of 17 Grand Slam titles.

The only other team to win three majors in the same year were Marty Riessen and Margaret Court 46 years ago. The 42-year-old has also surpassed his former doubles partner, Mahesh Bhupathi, as the most successful mixed doubles champion in the Open Era with nine Grand Slam titles. (Somdev Wary of Pressure While Playing in India)

Next stop for Paes is New Delhi where he will partner Rohan Bopanna during India's Davis Cup World Group Playoff tie against Czech Republic at the weekend (September 18-20).

Paes will be up against his former doubles partner Radek Stepanek and he wants to play a good host to his "brother."

"I am playing against one of my brothers, Radek Stepanek. He is not only a great tennis player but also a great ambassador to the game. He is one of my closest buddies. Really looking forward to welcoming him here," he said.

The rest of the squad comprises of Yuki Bhambri, Somdev Devvarman and Bopanna. If India win, they will qualify for the World Group in 2016. (Bopanna Believes India Can Get Back to Davis Cup World Group)

The World No.1 Czechs have never lost to India in three meetings, although their last tie was back in 1997. Czech Republic have won the Davis Cup twice in 2012 and 2013 and once as Czechoslovakia in 1980.

Comments
Topics mentioned in this article
Leander Paes Rohan Bopanna Radek Stepanek Tennis
Get the latest updates on India vs England Series, India vs England , live score and IPL 2021 Auction . Like us on Facebook or follow us on Twitter for more sports updates. You can also download the NDTV Cricket app for Android or iOS.