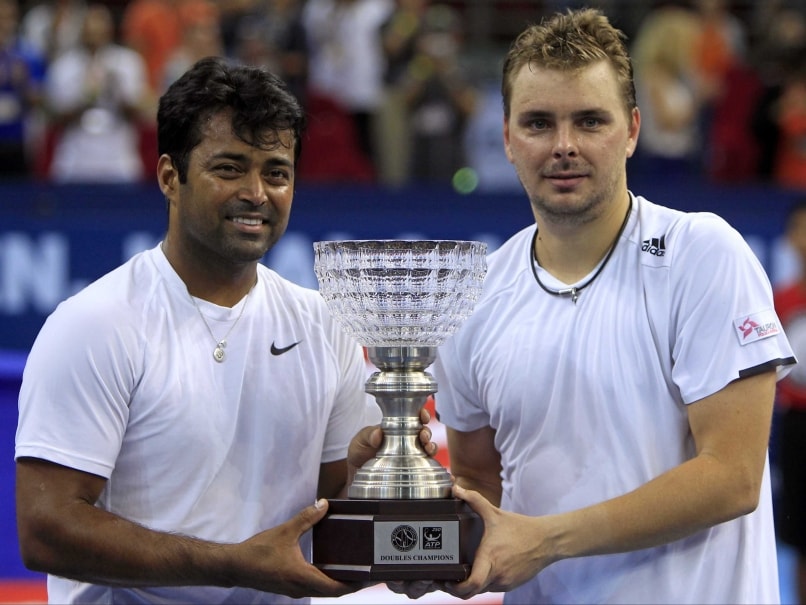 Paes and his Polish partner Matkowski won 3-6, 7-6(5), 10-5 against Murray and Peers in 90 minutes. This was Matkowski's second Malaysian Open crown. He first lifted the trophy in 2009 with Mariusz Fyrstenberg.

"In a match like that, especially in the final, the margins between winning and losing are very small," said Paes.

Paes praised Matkowski, his 98th different doubles partner, for helping him clinch the 54th ATP title of his career. "What I really like about Marcin's game after playing with him this week is that he is a student of tennis. On the court, he's always looking to improve," said the 41-year-old.

Paes has won at least one ATP World Tour title each year since 1997 (54-37 finals record). Kuala Lumpur marked his first success since triumphing at the 2013 US Open with Radek Stepanek.

Comments
Topics mentioned in this article
Leander Paes Marcin Matkowski Tennis
Get the latest updates on ICC T20 Worldcup 2022, check out the Schedule and Live Score. Like us on Facebook or follow us on Twitter for more sports updates. You can also download the NDTV Cricket app for Android or iOS.