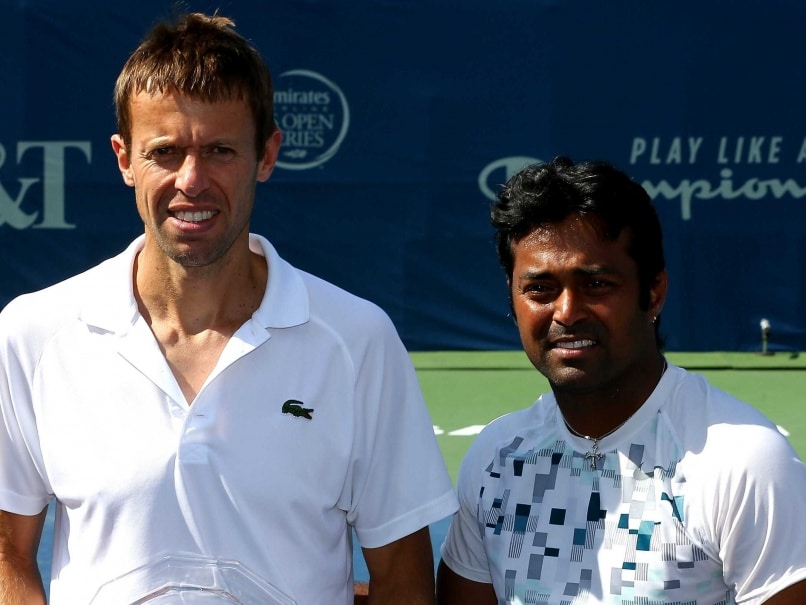 Seasoned Indian campaigner Leander Paes and Daniel Nestor disposed off the challenge of Marc Lopez and Rafael Nadal in straight sets to progress to the semifinals of the ATP Aegon Championships, here.

The third-seeded Indo-Canadian pair got the better of the unseeded Spanish pair 7-6(3) 6-4 in the quarterfinals of the Euro 1,696,645 grass court tournament last night at the Queen's Club.

The two pairs broke each other one time in the first set before Paes and Nestor prevailed in the tie-break to nose ahead.

In the second set, the third seeds saved the only breakpoint they faced and managed to break the rival pair one time out of three chances, closing the contest in their favour after one hour and 11 minutes.

The duo will be playing against second seeds Marcin Matkowski of Poland and Nenad Zimonjic of Serbia in the semifinals on Saturday.

Comments
Topics mentioned in this article
Daniel Nestor Leander Paes Tennis
Get the latest updates on Olympics 2020, Olympics 2020 Medal Tally, Live Cricket Score . Like us on Facebook or follow us on Twitter for more sports updates. You can also download the NDTV Cricket app for Android or iOS.