Leander Paes And Daniel Nestor took an hour and 43 minutes to beat Serbian pair of Dusan Lajovic and Viktor Troicki 6-3, 6-4, 7-5. 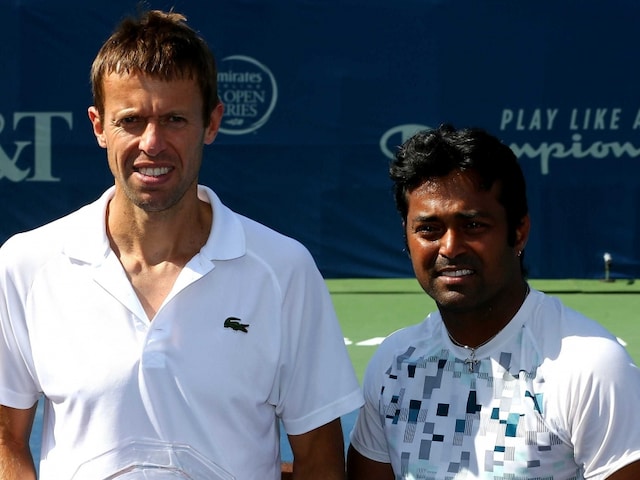 Indo-Canadian tennis pair of Leander Paes and Daniel Nestor won their men's doubles opener comfortably to ease into the second round with a straight sets victory at Wimbledon here on Wednesday.

The 11th seeds needed only an hour and 43 minutes to beat Serbian pair of Dusan Lajovic and Viktor Troicki 6-3, 6-4, 7-5 on Court 6 of the All England Lawn Tennis and Croquet Club. (Mercury Rises at Wimbledon)

However, it was the end of the road for Indo-French pair of Purav Raja and Fabrice Martin, who lost their first round contest to British-Danish combine of Jonathan Marray and Frederik Nielsen 1-6, 4-6, 6-4, 6-7(7) in two hours and 31 minutes on Court 10. (Nishikori Out of Wimbledon)

In Paes' match, though the Serbs broke their opponents once in the first set, Paes and Nestor converted both their break point opportunities to seal the set in their favour.

The 11th seeds upped the ante in the second set not just to break their opponents once but also did not allow any opportunity to Lajovic and Troicki to break them.

The third set went level till the 10th game when the unseeded pair were finally broken in the 11th, which was enough to seal the set and match for Paes and Nestor.

Though the Serbs served nine aces in comparison to four by their opponents, the experienced Paes and Nestor proved far better during the match to notch up 100 points out of the 81 points played.