Organisers of the Sydney tournament, a warm-up for the first Grand Slam of the year, said Julia Goerges had pulled out with a right knee injury. 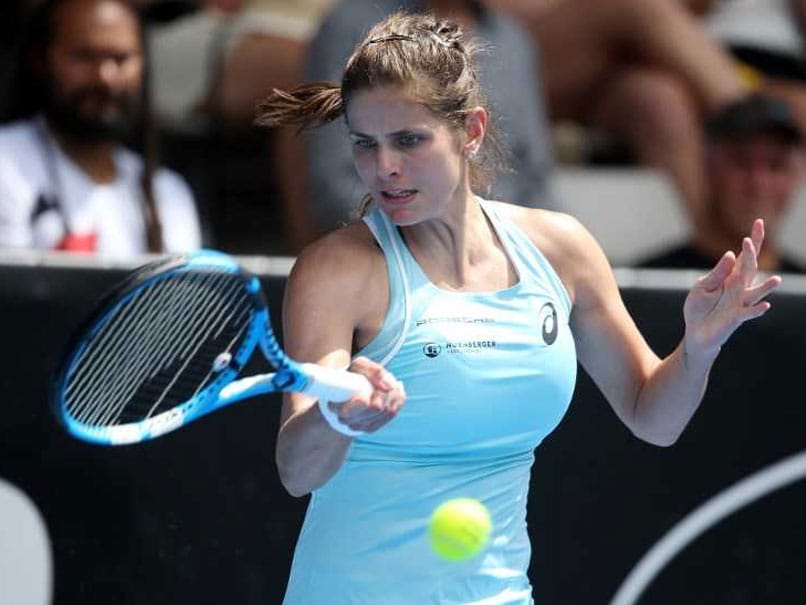 Julia Goerges joined a growing list of injury concerns for players at the Australian Open.© AFP

Germany's Julia Goerges withdrew from the Sydney International just hours after defeating Caroline Wozniacki in the WTA Auckland Classic final Sunday, joining a growing list of injury concerns for star players at the Australian Open. Organisers of the Sydney tournament, a warm-up for the first Grand Slam of the year, said the 29-year-old had pulled out with a right knee injury. The world number 14 was replaced by German Carina Witthoeft, 22, who is ranked 49th. The Australian Open, which starts on January 15, and the warm-up tournaments have been hit by numerous withdrawals by top names.

Former world number one Andy Murray and Japan's Kei Nishikori on Thursday both pulled out of the year's first Slam due to injuries.

World number one Rafael Nadal and Novak Djokovic, a six-time Australian Open champion, appear set to compete but also have injury concerns, having yet to play a competitive match this year.

Stan Wawrinka, Milos Raonic, Johanna Konta and Garbine Muguruza are among others either on the comeback trail or fighting to be ready.

Defending champion Serena Williams has also pulled out of the Open, saying she is not yet at the level she needs to be after giving birth to her first child last year.

Sponsored by Vuukle
Comments
Topics mentioned in this article
Julia Goerges Caroline Wozniacki Tennis
Get the latest updates on Fifa Worldcup 2022 and check out  Fifa World Cup Schedule, Stats and Live Cricket Score. Like us on Facebook or follow us on Twitter for more sports updates. You can also download the NDTV Cricket app for Android or iOS.