Jo-Wilfried Tsonga noticed that the ball girl was unwell during the third set of his Australian Open match on Wednesday, so he paused before serving and walked over to see what was wrong. 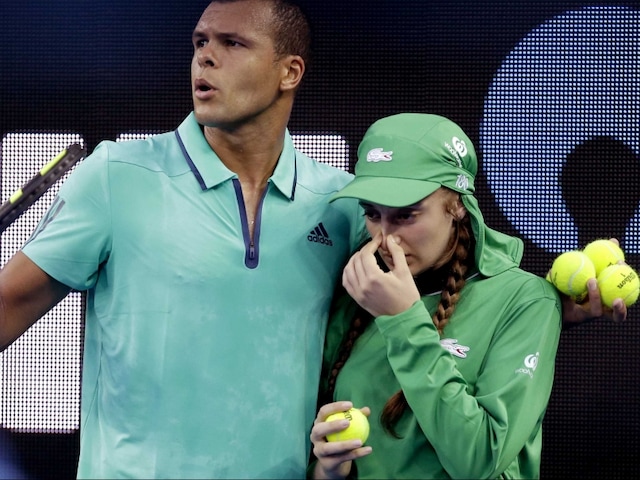 Jo-Wilfried Tsonga came to the aid of a ball girl in distress during his second round match at the Australian Open and won accolades on social media from fans who called him a gentleman. (Federer Marches Into Third Round | Sharapova Through)

The No. 9-seeded Frenchman said he noticed that the ball girl was unwell during the third set of his match Wednesday, so he paused before serving and walked over to see what was wrong. (Serena Advances)

He put his hand on her back, and the ball girl handed Tsonga a ball she was holding. He then looped his arm through hers and escorted the ball girl off the court.

"I saw she was in trouble," Tsonga said. "It was normal to help her out of the stadium. I hope she's OK."

The ball girl was fine, just feeling under the weather, according to tournament organizers. And Tsonga is through to the third round after beating Omar Jasika of Australia, 7-5, 6-1, 6-4.

Comments
Topics mentioned in this article
Jo-Wilfried Tsonga Tennis
Get the latest updates on IPL 2020, check out the IPL Schedule for 2020 and Indian Premier League (IPL) Cricket live score . Like us on Facebook or follow us on Twitter for more sports updates. You can also download the NDTV Cricket app for Android or iOS.