Andy Murray's brother Jamie and his partner John Peers were beaten 7-6 (7/5), 6-4, 6-4 by Jean-Julien Rojer and Horia Tecau in the men's doubles final on Saturday. 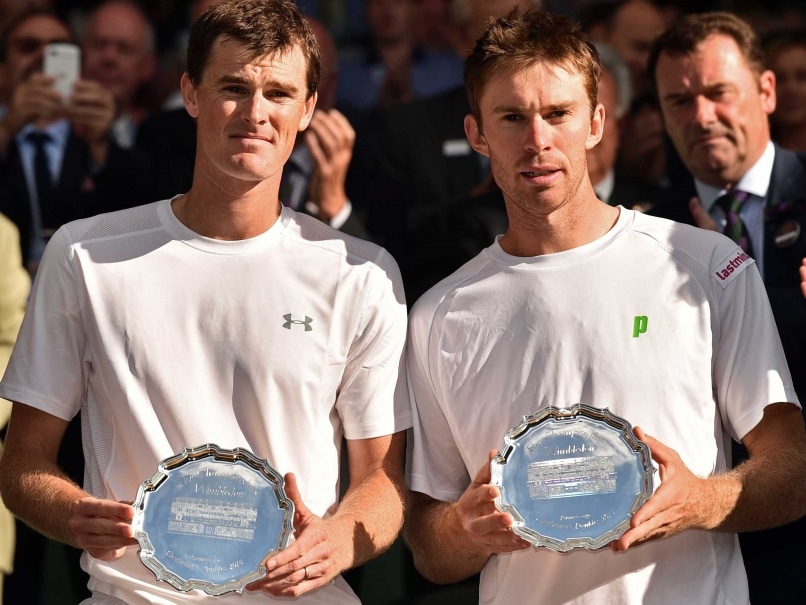 Jamie Murray was unable to restore family pride at Wimbledon when he and partner John Peers were beaten 7-6 (7/5), 6-4, 6-4 by Jean-Julien Rojer and Horia Tecau in the men's doubles final on Saturday. (Serena Williams wins 6th Wimbledon title)

A day after brother Andy was defeated by Roger Federer in straight sets in the singles semi-finals, Jamie was unable to collect a second All England Club title to add to his 2007 mixed doubles triumph with Jelena Jankovic. (Semifinal vs Murray one of my best matches: Federer)

The Murray brothers will now turn their attention to next weekend's Davis Cup when Great Britain host France in the quarter-finals.

Comments
Topics mentioned in this article
Jamie Murray Tennis
Get the latest updates on India vs England Series, India vs England , live score and IPL 2021 Auction . Like us on Facebook or follow us on Twitter for more sports updates. You can also download the NDTV Cricket app for Android or iOS.