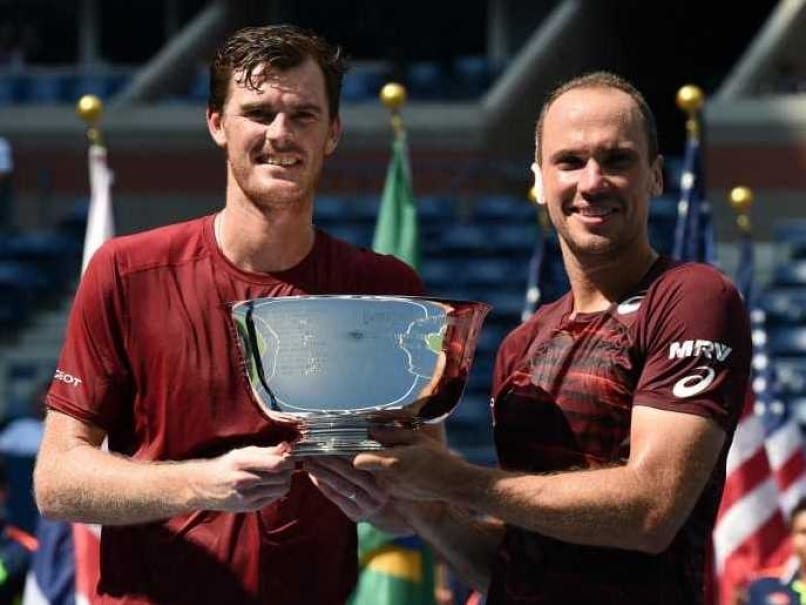 Britain's Jamie Murray joined brother Andy as a US Open champion on Saturday when he teamed with Brazilian Bruno Soares to capture the men's doubles title.

The fourth seeds eased to a 6-2, 6-3 win over unseeded Spaniards Pablo Carreno Busta and Guillermo Garcia-Lopez.

Murray and Soares, who won the first Grand Slam they played together at the Australian Open in January, knocked off defending champions Nicolas Mahut and Pierre-Hugues Herbert to reach the final.

On Saturday, they prevailed despite Murray needing treatment on a neck injury midway through the first set.

Andy Murray won the singles title in New York in 2012 but was knocked out this year by Kei Nishikori in the quarter-finals.

Comments
Topics mentioned in this article
Jamie Murray Bruno Soares Pablo Carreno Busta Guillermo Garcia-Lopez Tennis
Get the latest updates on India vs England Series, India vs England , live score and IPL 2021 Auction . Like us on Facebook or follow us on Twitter for more sports updates. You can also download the NDTV Cricket app for Android or iOS.