World number nine Marin Cilic, appearing for the UAE Royals, playing the opening men's singles, delighted the spectators with his power-packed game that made him the 2014 US Open champion. 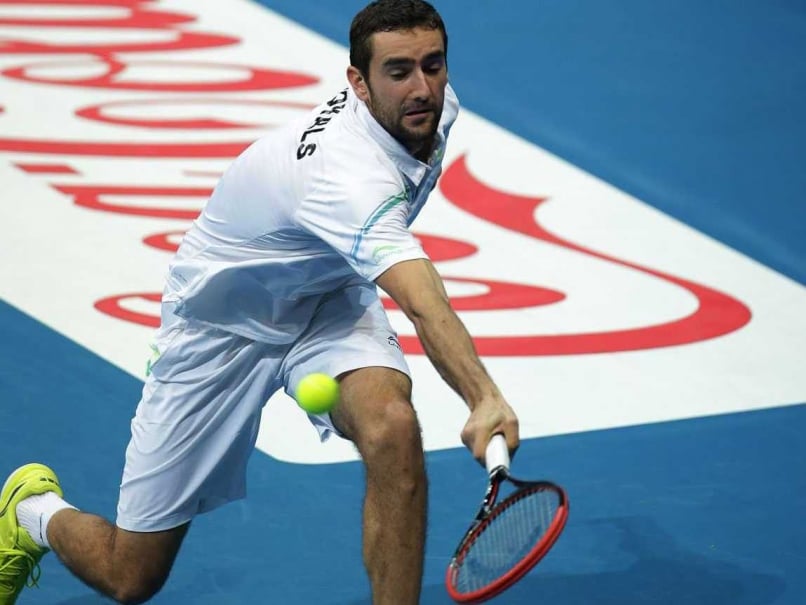 The UAE Royals thumped Singapore Slammers 29-16 in a one-sided affair, marking the India debut of the much talked about International Premier Tennis League (IPTL) here Saturday.

The sizeable crowd at the Indira Gandhi Indoor Stadium got the first-hand taste of the fast-paced format made for creating its own space on the busy tennis calendar. Also in attendance was former India cricket cricketer Sunil Gavaskar.

World number nine Marin Cilic, playing the opening men's singles, delighted the spectators with his power-packed game that made him the 2014 US Open champion. He proved to be too good for Singapore's Lleyton Hewitt, the former world number one who looked way past his prime.

The Croat fired aces after aces, racing to a 5-1 lead in the one-off set. Hewitt, known for his fighting spirit all these years, came back to make it 3-5 before Cilic secured the set on the deciding point after 40-40.

There is no ad-scoring in this innovative format.

Cilic then partnered doubles specialist Nenad Zimonjic to beat the Australian combine of Nick Kyrgios and Hewitt 6-2. It was a tad surprising the team did not choose the younger Kyrgios to play the men's singles.

Next was a fun match between two retired Grand Slam champions, with Goran Ivanisevic taking on Patrick Rafter in the past champions singles.

Representing UAE, Ivanisevic, 43, did not put a foot wrong against his equally famed opponent, to win the set 6-1. The Croat engaged with the crowd every time he served the trademark ace of his hey days. "I really felt good. When you are up 5-0 against Pat, you know you are doing something well," said Ivanisevic after the match.

The mixed doubles saw UAE's Zimonjic and Kristina Mladenovic getting past Hantuchova and Kyrgios 6-4.

She further helped the team's cause by earning a bonus point after winning the last game. It will take some time for Indian fans to get used to the format. Besides no ad-scoring, all matches are played on best of five format with each set played to six games with a five-minute shoot-out at 5-5. The most talked innovation is the 'Shot Clock', aimed at restricting a point to 20 seconds.