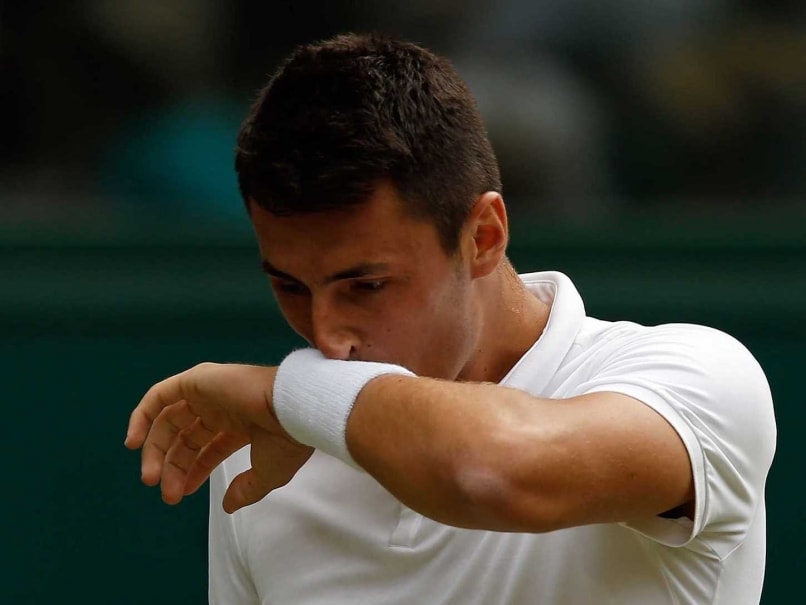 Bernard Tomic compounded his behaviour with outspoken comments claiming he didn't need to care about losing given the wealth he had amassed.© AFP

World number one Novak Djokovic has encouraged troubled Australian star Bernard Tomic to take his profession more seriously after he spectacularly gave up in losing to Fabio Fognini at the Madrid Masters.

Tomic held his racquet the wrong way round and made no attempt to return Fognini's serve in bowing out in the first round in the Spanish capital on Tuesday.

However, he compounded his behaviour with outspoken comments claiming he didn't need to care about losing given the wealth he had amassed already in his short career.

"I don't care about that match point," he told News Corp Australia.

Djokovic has been a regular practice partner for Tomic and believes he is capable of far more than his current ranking of 22nd in the world.

"I've seen what he has done. It's not right and I hope he realises that," said the 11-time Grand Slam champion.

"The sooner the better for him because he is still relatively young and he can definitely be a better player and better ranked than he is now.

"Everybody knows that. I think he knows that, but he doesn't seem to really get things the right way off the court.

"I'm just hoping for him, because over the last couple of years I got to know him better and he's a good guy, he's a good person, but he's just failing to be committed to this sport as it is required.

"Many things that he says are not well thought from his side. He gets emotional very quickly and things get out of context."

Comments
Topics mentioned in this article
Novak Djokovic Bernard Tomic Tennis
Get the latest updates on IPL 2021, IPL Points Table , IPL Schedule 2021 , live score . Like us on Facebook or follow us on Twitter for more sports updates. You can also download the NDTV Cricket app for Android or iOS.