Heather Watson defeated Daniela Hantuchova in the second round but the victory was overshadowed by her recent revelation that she has been sent numerous sick taunts to her Twitter account, including several death threats. 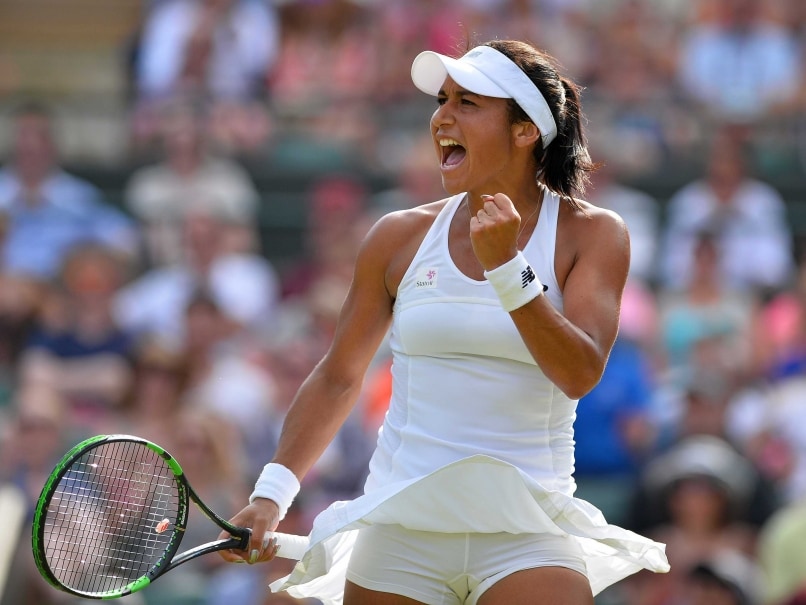 Heather Watson insists she will never let the "cowards" who send her death threats damage her career after the British number one equalled her best ever performance at Wimbledon.

Watson defeated Slovakian world number 72 Daniela Hantuchova 6-4, 6-2 in the second round on Wednesday and is the only remaining Briton in the women's singles. (At Slam Events, Players Prefer Other Four-Letter Words)

But Watson's victory was overshadowed by her recent revelation that she has been sent numerous sick taunts to her Twitter account, including several death threats.

The unassuming Watson hardly seems the most likely candidate for such hateful abuse and she suggested most of the messages may have come from gamblers. (Wimbledon Centre Court Evacuated After Restaurant Fire)

"I think those people, they've got no life," Watson said.

"They're just kind of cowards thinking they can say whatever.

"I don't really check anymore really. But it's become such a usual occurrence that it doesn't really mean much to me.

"It's usually always positive when I win. It's just when I don't win.

"It usually is (gamblers), because you either win or lose the money. They shouldn't gamble."

Watson is adamant the abuse will never drive her off social media however.

"I use it. I really enjoy posting," she said.

"I think some people get sick of me posting pictures. But I'm going to keep doing it."

Watson's progress has been hampered by a bout of glandular fever that sidelined her for two months in 2013 and a rib injury last year.

But her emphatic victory over Hantuchova equalled her best-ever showing at Wimbledon by reaching the third round for the first time since 2012, when she was defeated by eventual finalist Agnieszka Radwanska.

The world number 59, who saved three match points in the first round against French 32nd seed Caroline Garcia, has never been past the third round of a Grand Slam in 18 previous attempts.

And to reach the last 16 for the first time she is likely to have to cause a huge upset against 20-time Grand Slam winner Williams.

Watson would be playing Serena for the first time, but she is relishing the chance to test herself against one of the all-time great.

"I've never played Serena before, so I'd love to play her," she said.

"She's an amazing athlete, a great champion. She's always the favourite for every tournament she plays.

"She's probably the toughest opponent. But I feel like in matches like that, you've got a lot to gain, so it's a real positive as well to play her."