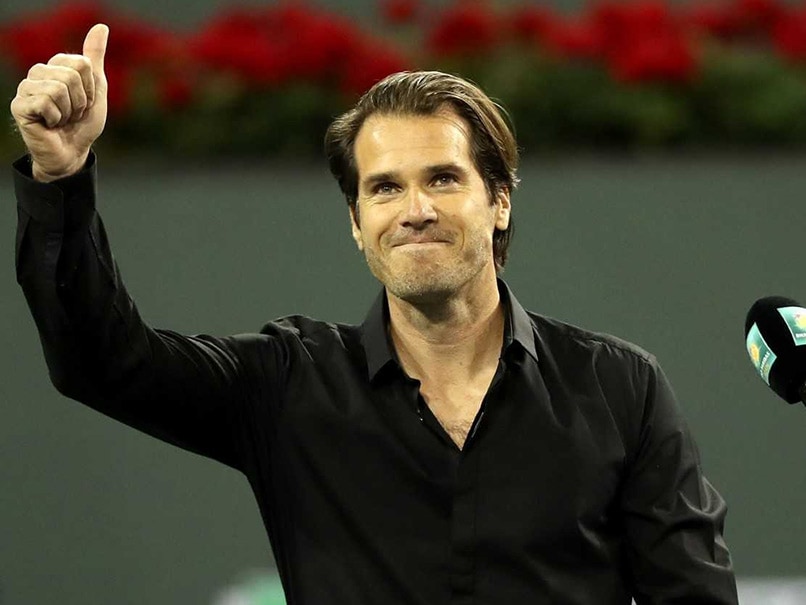 Tommy Haas announced his retirement at a ceremony of the BNP Paribas Open.© AFP

Former world number two Tommy Haas, who won 15 singles titles throughout his career, announced his retirement from the ATP Tour on Thursday. "I consider myself extremely fortunate that I was able to play professional tennis for a living for more than two decades," Haas, 39, said. "The sport gave me cherished friendships, an ability to travel the world, and opportunities to create incredible memories." Haas, who is the tournament director of the Indian Wells Masters tournament which is being played in southern California this week, made the announcement during Thursday's evening session.

Haas reached a career-high number two ranking in 2002, and finished eight seasons ranked in the top 20.

His most recent singles titles came in 2013 when he won in Vienna and Munich.

Comments
Topics mentioned in this article
Tommy Haas Tennis
Get the latest updates on IPL 2021, check out the IPL 2021 Schedule and Indian Premier League Live Score . Like us on Facebook or follow us on Twitter for more sports updates. You can also download the NDTV Cricket app for Android or iOS.