World number two Naomi Osaka of Japan reached the second round of the 2021 French Open with a 6-4, 7-6 (7/4) victory over Romania's Patricia Maria Tig on the opening day. 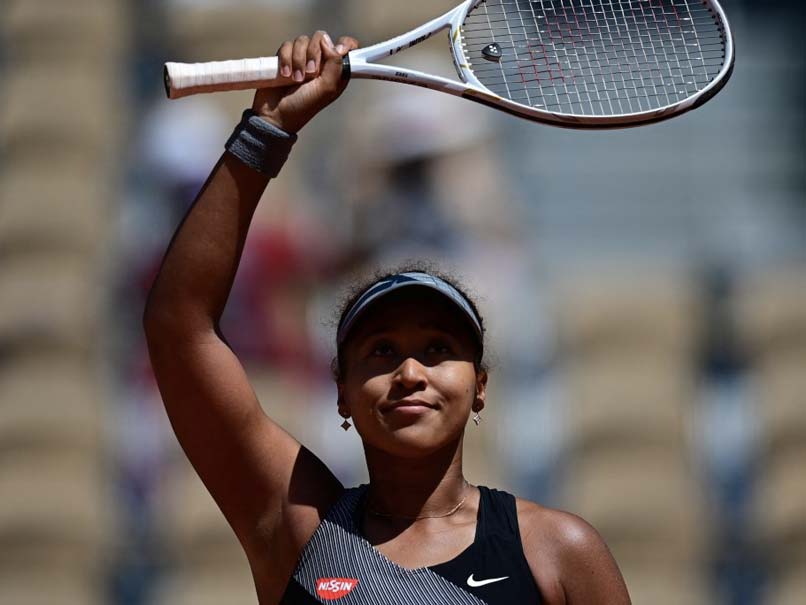 World number two Naomi Osaka of Japan let her racquet do the talking at the French Open on Sunday when she reached the second round with a 6-4, 7-6 (7/4) victory over Romania's Patricia Maria Tig. The 23-year-old Japanese star, a four-time Grand Slam title winner, has refused to carry out media obligations at the tournament, claiming news conferences are detrimental to her mental health. However, she did agree to a quick on-court television interview after Sunday's win in the opening round.

"For me, playing on clay is a work in progress," said the reigning US and Australian Open champion on a sun-kissed Court Philippe Chatrier.

"Hopefully the more I play, the better I will become. It's a beautiful court. I've only played two matches here, one before the roof and one now so hopefully I'll keep it going," she added.

Osaka, who has never got past the third round in Paris, fired 39 winners but committed 35 unforced errors against her 63rd-ranked opponent.

Next up for the second seed is another Romanian player, Ana Bogdan.

Comments
Topics mentioned in this article
Naomi Osaka Tennis
Get the latest updates on SA vs IND 2021-22, check out the Schedule and Live Score . Like us on Facebook or follow us on Twitter for more sports updates. You can also download the NDTV Cricket app for Android or iOS.