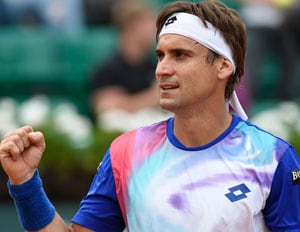 Ferrer had beaten Anderson, who was hoping to be the first South African man in the last eight since Cliff Drysdale in 1967, at the same stage of the tournament last year.