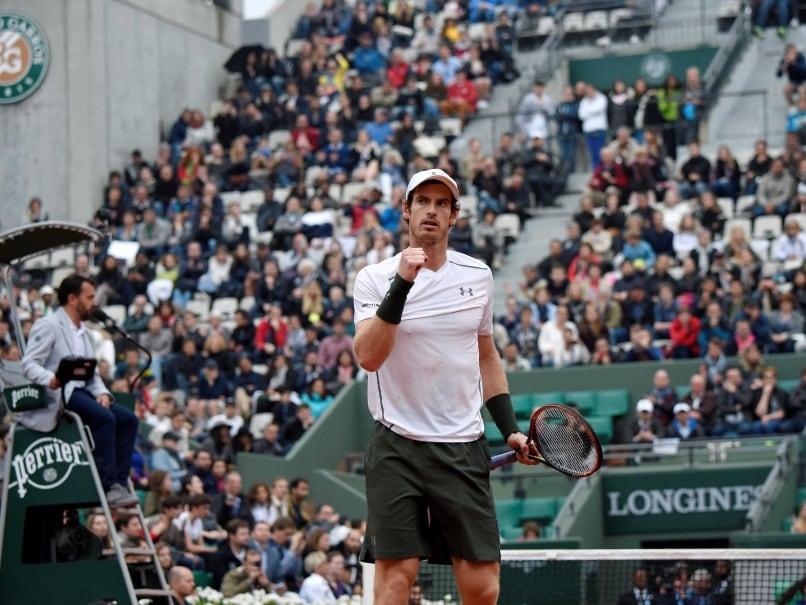 Britain's Andy Murray celebrates after winning a point during his men's fourth round match against US player John Isner at the Roland Garros 2016 French Tennis Open in Paris on May 29, 2016. / AFP PHOTO / Eric FEFERBERG© AFP

The 29-year-old, a three-time semi-finalist, will face either Japan's Kei Nishikori or Richard Gasquet, the last French player standing, in the last-eight.

He will next face a Spanish left-hander who isn't named Rafael Nadal after unheralded Albert Ramos-Vinolas reached his first Grand Slam last-eight with a 6-2, 6-4, 6-4 defeat of Canadian eighth seed Milos Raonic.

Murray will be playing in his 20th quarter-final at the last 21 majors after braving an Isner storm in the first set where he faced down three set points in the tie-breaker.

"It was a very important tie-break to win. I got lucky on his first set point when I guessed right on a short forehand," said the Scot.

Isner was bidding to become the first American man in the last-eight in Paris since Andre Agassi in 2003.

Having not allowed Murray a single break point, the 31-year-old squandered the three set points before the British star pounced to pocket the opener.

Rain forced the pair off Suzanne Lenglen court for an hour with Murray 2-1 ahead in the second set before Isner was broken for the first time in the 10th game.

Murray broke for 3-1 in the third before Isner clung on saving two more break points in the sixth game.

But the world number two wrapped up victory -- and his sixth win in six clashes with the big American -- with his ninth ace of the tie.

Isner, meanwhile, was undone by Murray's superior returning which contributed to his 57 unforced errors.

Wawrinka continued his dominance over Troicki with a fifth win in five meetings as the Serb's challenge fizzled out following a right thigh injury at 4-1 down in the third set.

"It was far from easy with tough conditions -- heavy and cold, but I am happy to have come through it," 31-year-old Wawrinka said.

"It was a big battle, but I was able to stay calm and win this match." 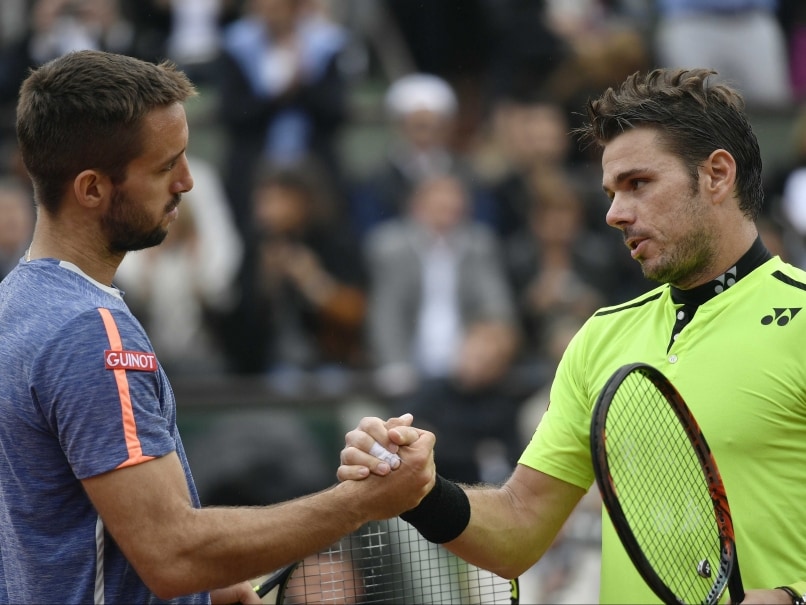 Ramos-Vinolas, 28, had never got beyond the second round of any major before this Roland Garros and had failed to win a match at the tournament since 2011.

But the world number 55, who is only his country's ninth best player, ensured a left-hander from Spain would be in the last-eight after the injury-enforced withdrawal of nine-time champion Nadal.

"I had lost four times in a row here so I am very happy," said the shock winner who had also won just four matches in his entire career at the majors before coming to Paris.

"I played a great match. I think the cloudy conditions helped me as they made the court slower."

He trails Wawrinka 6-0 in career meetings including last week in Geneva where he won just two games.

"Wawrinka is the titleholder. He's hugely powerful. Last week I played him, and he won very easily," said Ramos-Vinolas whose only other previous win over a top 10 player was against Roger Federer in Shanghai in 2015.

"He didn't leave any opportunity for me to play my tennis. But this is another tournament."

Raonic had been bothered by a left hip injury in the last round and the 25-year-old was obviously under-powered on Court Suzanne Lenglen.

Comments
Topics mentioned in this article
Andy Murray Stanislas Wawrinka Milos Raonic Richard Gasquet Kei Nishikori Tennis
Get the latest updates on Olympics 2020, Olympics 2020 Medal Tally, Live Cricket Score . Like us on Facebook or follow us on Twitter for more sports updates. You can also download the NDTV Cricket app for Android or iOS.