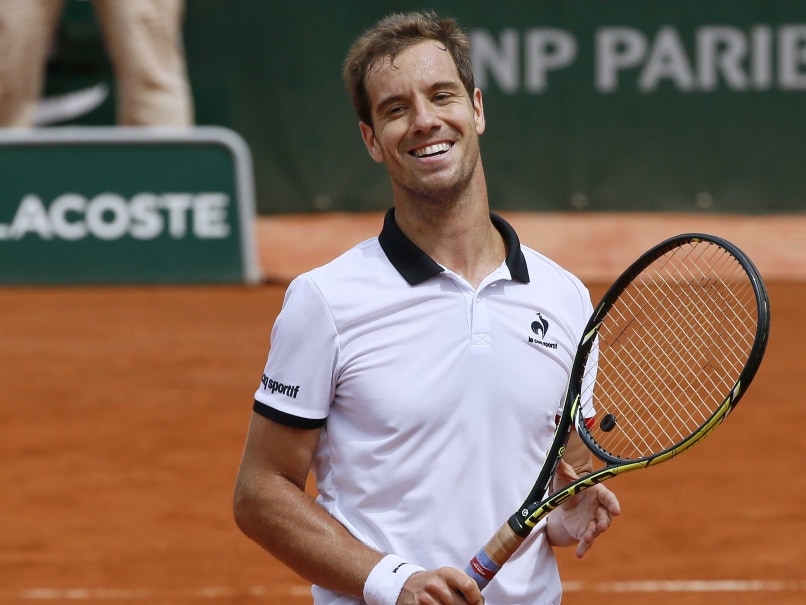 Richard Gasquet made it seven French players into the third round of the French Open on Friday stirring hopes of a realistic home title challenge.

That number equalled the second best showing for French players at the last 32 stage in Paris in the Open-era (since 1968), beaten only by the eight men who made it that far in 1971.

Gasquet, a former Wimbledon semi-finalist and world top tenner, finally saw off the challenge of Argentine claycourter Carlos Berlocq 3-6, 6-3, 6-1, 4-6, 6-1 after the match had been suspended overnight at two sets all.

His reward is a third round tie against South African Kevin Anderson.

"Yeah, we are a lot in the third round. I saw maybe six or seven. It's a lot," Gasquet said of the French charge.

"It's not the record. The record was eight. So, yeah, it's very good for French tennis.

"I hope we can go further in the tournament. Of course, the best players are coming in the draw. Everybody is playing a seeded player now.

"I think Benoit Paire tonight and many guys are playing the best players in the world now. So we see what happens.

"It's a good start for us. But I think we can go farther in the draw."

Also through to the third round in the top half of the draw is Jeremy Chardy, who takes on Belgium's David Goffin on Saturday, while five other French hopes were in action in the bottom half of the draw on Friday.

First up is an all-French encounter between national number one and 12th seed Gilles Simon and a player better-known for his grasscourt game, Nicolas Mahut.

After that, on the Court Suzanne Lenglen, was the match between 13th seed Gael Monfils and Uruguay's Pablo Cuevas with Roger Federer the likely opponent for the winner in the last 16.

Jo-Wilfried Tsonga, a semi-finalist at Roland Garros in 2013, was scheduled last on the Philippe Chatrier Centre Court taking on Spain's Pablo Andujar.

The last home winner of the men's singles at the French Open, and of any Grand Slam tournament, was Yannick Noah in 1983 with Henri Leconte the last to reach the final in 1988 where he lost to Mats Wilander.

Comments
Topics mentioned in this article
Richard Gasquet Tennis
Get the latest updates on IPL Auction 2023 and check out  IPL 2023 and Live Cricket Score. Like us on Facebook or follow us on Twitter for more sports updates. You can also download the NDTV Cricket app for Android or iOS.