Flavia Pennetta and Roberta Vinci's feat of reaching the US Open final knocked everything else, including news related to Sunday's Inter Milan v AC Milan derby off the front page of Italy's most popular sports daily, La Gazzetta dello Sport. 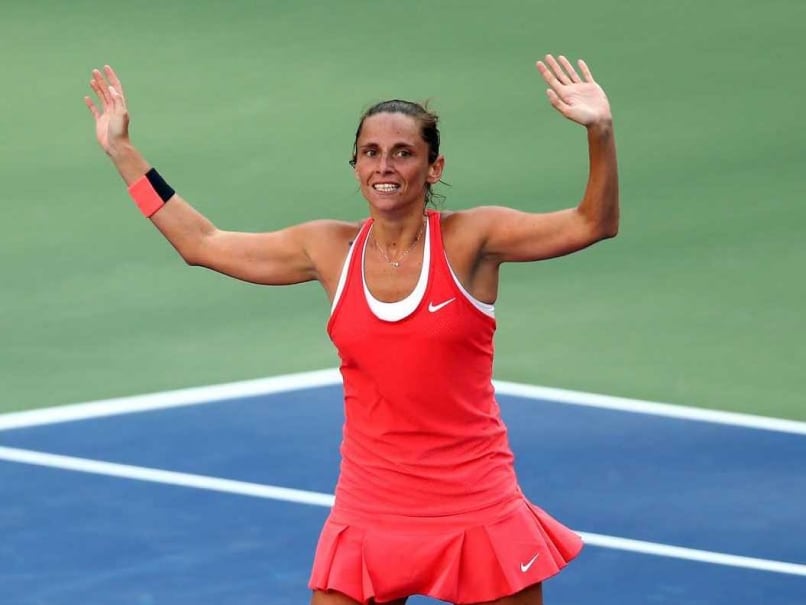 Italian media was whipped into a tennis frenzy and Prime Minister Matteo Renzi cancelled all appointments to fly to New York after Flavia Pennetta and Roberta Vinci set up an unprecedented all-Italian women's singles final at the US Open on Saturday.

"Pennetta-Vinci Queens of America," headlined La Stampa newspaper, referring to the players' respective feats of qualifying for the final for the first time in their careers.

It is the first Grand Slam final for either Pennetta and Vinci, and means the winner will become only the second Italian woman to win a Grand Slam singles crown after Francesca Schiavone at the 2010 French Open.

The Italians' feat knocked everything else, including news related to Sunday's Inter Milan v AC Milan derby off the front page of the country's most popular sports daily, La Gazzetta dello Sport.

The pink-paged daily dedicated almost its entire front page to the Italians' achievement.

'We Love You', screamed the headline in English, with the letter 'o' from the word 'Love' made of a red heart -- inside of which was written NY, for New York.

Vinci, ranked number 43 in the world, caused the biggest upset of the tournament, and arguably her career, on Friday when she stunned world number one Serena Williams 2-6, 6-4, 6-4 to end the American's dream of a calendar year Grand Slam title sweep.

Later on Saturday she will meet Pennetta, who at 33 will become the oldest first-time finalist at a major in the modern era after she beat Romanian Simona Halep in the semi-finals.

For Italy, a country with a passion for tennis but rarely used to seeing their top stars succeed on the international circuit, the celebrations have begun before a ball has been hit in anger.

Pennetta leads their career rivalry 5-4 and has won both prior Grand Slam meetings with Vinci.