Former world number four James Blake, 35, was detained by New York police, handcuffed and thrown to the floor in a case of mistaken identity. Blake was held for 15 minutes before a passer-by recognised him and he was released. 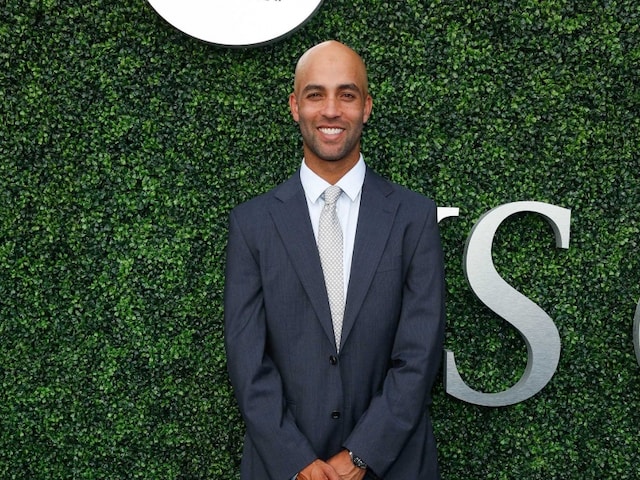 Former tennis star James Blake was detained by New York police, handcuffed and thrown to the floor in a case of mistaken identity, it was reported Wednesday. (Click here for latest Tennis stories)

Former world number four Blake, 35, and who is black, was leaving a plush Manhattan hotel on his way to the US Open when five white police officers approached him in connection with an investigation into the theft of mobile phones, the New York Daily News claimed.

Blake was held for 15 minutes before a passer-by recognised him and he was released.

The former player suffered cuts to his leg and elbow.

"It was definitely scary and definitely crazy," Harvard-educated Blake told the newspaper.

"In my mind there's probably a race factor involved, but no matter what there's no reason for anybody to do that to anybody,

"You'd think they could say, 'Hey, we want to talk to you. We are looking into something.' I was just standing there. I wasn't running. It's not even close (to be OK). It's blatantly unnecessary."

The New York Police Department (NYPD) said that the incident was under investigation.

"Today James Blake was detained by police in midtown Manhattan in regards to an ongoing investigation into fraudulently purchased cell phones, after being misidentified by a cooperating witness," said a statement.

"Once Blake was properly identified and found to have no connection to the investigation, he was released from police custody immediately.

"In regards to the alleged improper use of force, the Police Commissioner directed the internal affairs bureau to investigate."

Blake won 10 titles in his career, making almost $8 million, but last played on the tour in 2013.

"You hope these things don't happen. Like I think James said it the right way. I have nothing else to really add to that," said the Swiss star.

Comments
Topics mentioned in this article
James Blake Tennis
Get the latest Cricket news, check out the India cricket schedule, Cricket live score . Like us on Facebook or follow us on Twitter for more sports updates. You can also download the NDTV Cricket app for Android or iOS.