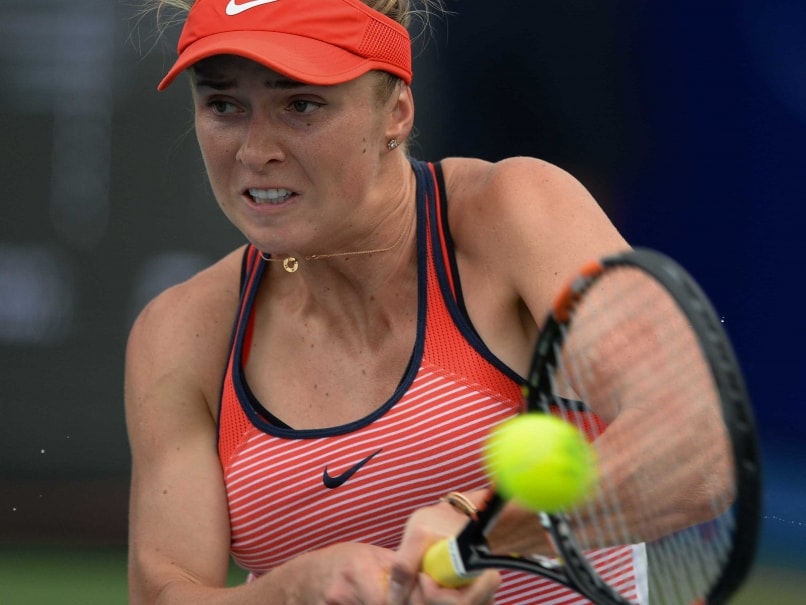 Elina Svitolina of Ukraine hits a return against Zhu Lin of China during their women's singles semi-final match at the BMW Malaysian Open tournament in Kuala Lumpur.© AFP
Kuala Lumpur:

Second seed Elina Svitolina will square off against sixth seed Eugenie Bouchard in the Malaysian Open final Sunday after both won their semi-final matches in straight sets. (Read More in Tennis)

Svitolina, ranked 19th in the world, easily dispatched China's Lin Zhu 6-3, 6-3 in the first semi-final match which only lasted about an hour on Saturday.

The 21-year-old Ukrainian had advanced to the semi-finals after defeating Slovakian Kristina Kucova on Friday.

Bouchard had a difficult 2015 but the 22-year-old Canadian has been showing signs of returning to form recently.

Comments
Topics mentioned in this article
Eugenie Bouchard Elina Svitolina Tennis
Get the latest updates on ICC T20 Worldcup 2022 and CWG 2022 check out the Schedule, Live Score and Medals Tally. Like us on Facebook or follow us on Twitter for more sports updates. You can also download the NDTV Cricket app for Android or iOS.