His dreadlocks are so eye catching, that it's almost difficult to look beyond them. But there's more to Dustin Brown, who beat 14-time Grand Slam champion Rafael Nadal in four sets in the second round of Wimbledon on Thursday night. 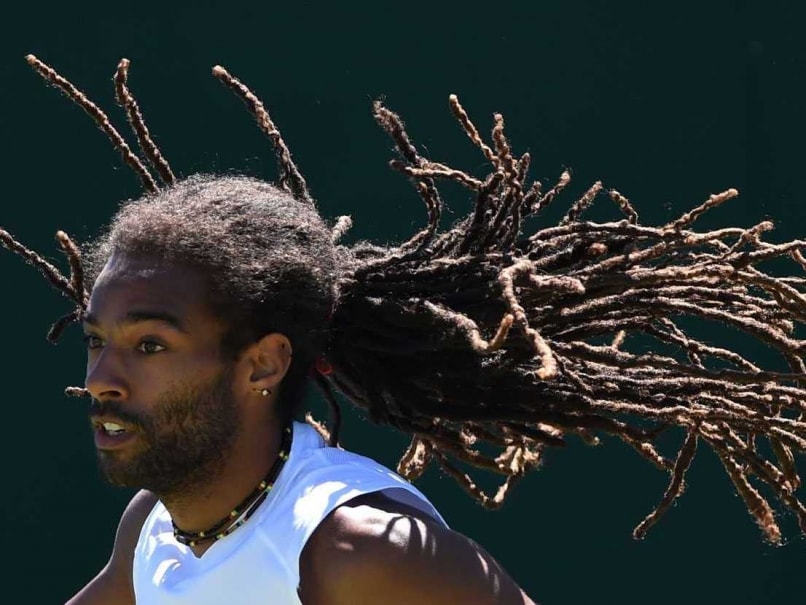 Unorthodox, spunky, a free spirit. Dustin Brown is everything that Wimbledon isn't. His Bob Marley-esque dreadlocks that he hasn't chopped since 1996, isn't the only unusual thing about the German of Jamaican origin.(Brown Has Nadal's Number)

The 30 year old, ranked 102nd in the world, serves and volleys relentlessly, and plays drop shots more often that many of the current players. "I just did a radio interview with John McEnroe, and he said the same thing," Brown said, after his 7-5, 3-6, 6-4, 6-4 win against Rafael Nadal in the second round of Wimbledon. "Coming from him, it's a great thing. That was a generation of serve and volley players. It was great to be able to do that today, and do that for long."(Nadal Vows to Carry on)

And all of that worked well against Nadal, who had lost to Brown at a grass court event in Halle last year. "Obviously he's one of the best players of the sport," Brown said. "I'm happy it came on this surface. If it was clay, or on hard court, it wouldn't have suited my game so much."(Brown True to his Roots)

Lack of support from Tennis Jamaica saw Brown's parents move him to Europe in 2004. For more than 5 years, a hired Volkswagen camper van was his home. It took them 6 years to pay for it, and thats how long it took Brown to break into the top 100 of the world rankings. "Well, obviously all of that has made me to the person I am, tennis-wise and also as a person and as a character," Brown said. "And I guess all that led to this day today, which is obviously a great day, probably the best day of my life so far."(Brown Reveal Nadal Win Was Centre Court Debut)

As Nadal fell on Centre Court, Brown's popularity rose on social media. During his match, the qualifier, who goes by the Twitter handle of @DreddyTennis picked up about 45,000 followers. Those numbers are likely to go up given his vivacious personality and Rastafarian rap star looks. But Brown will know all too well that's it's his tennis that needs to do the talking more than anything else.

He plays Serbia's Viktor Troicki in the next round.

Comments
Topics mentioned in this article
Dustin Brown Rafael Nadal Tennis
Get the latest updates on IPL 2021, check out the IPL 2021 Schedule and Indian Premier League Live Score . Like us on Facebook or follow us on Twitter for more sports updates. You can also download the NDTV Cricket app for Android or iOS.