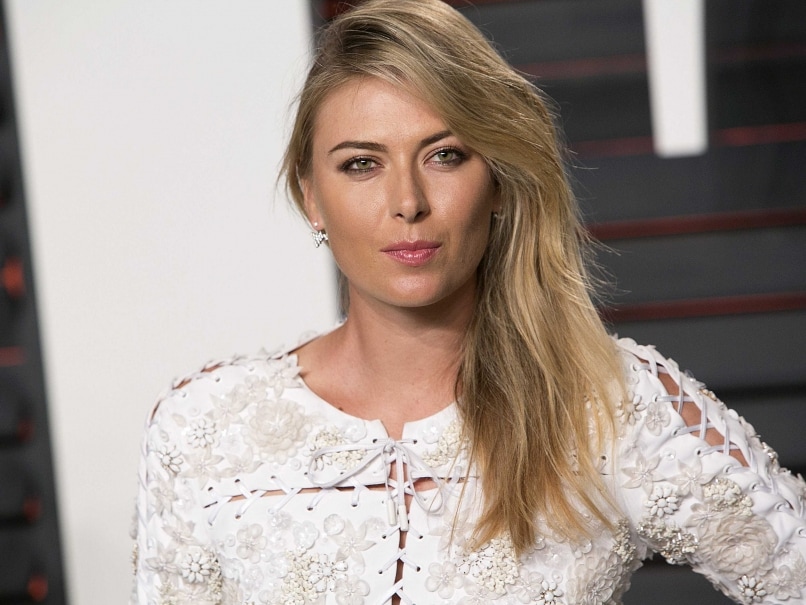 From the shadow of Chernobyl's nuclear wasteland to international super-stardom; from penniless arrival in the United States, without a word of English, to a fortune nudging the $200 million mark.

It may sound like the stuff of Hollywood dreams, but the story of Maria Sharapova, the world's richest sportswoman, is a testament to the power of one individual to make it, whatever the odds.

The ending of the story is now shrouded in doubt after the Russian-born star announced on Monday she had failed a drug test.

She said she wants to stay in tennis -- the sport that has made her rich beyond her wildest dreams even as her talent has arguably gone unfulfilled.

And when she shot to international fame as a giggly 17-year-old Wimbledon winner in 2004 -- the third youngest to conquer the All England Club -- no one would have thought that that would remain her only title on the lawns of southwest London.

She would go on to win once in Australia and once at the US Open while claiming two titles at the French Open, despite famously likening her movement on Roland Garros's crushed red brick as a "cow on ice." (Huge Mistake, Says Sharapova)

Sharapova first picked up a racquet at the age of four when she was living in Sochi, where her Belarus-born parents had settled after escaping the deadly clutches of the 1986 Chernobyl disaster.

Father Yuri and the seven-year-old Maria left for the US in 1994 with just a borrowed $700 to their names.

"I was living a normal, average, everyday life back in Russia and we had a dream and I had a talent and we moved to the US," she recalled.

Yuri took odd jobs like dishwashing to finance his daughter's dreams while visa restrictions meant mother Yelena was back in Russia, separated from her daughter for two years.

When she was nine, the mighty IMG group spotted her talent, funded the $35,000 fees required for the Bollettieri school and the young Maria was on her way.

Then in 2004, her world turned upside down as her Wimbledon final triumph over Williams made her an overnight international celebrity.

One year later, she became the first Russian woman to be ranked at number one in the world while, in 2006, she won her second major at the US Open.

But in 2007 and 2008, she began her long, on-off battle with shoulder trouble. She still had time to win the Australian Open before a second shoulder injury kept her off tour for the second half of the season, including missing the US Open and Beijing Olympics.

A 10-month absence from the sport, as she recuperated from surgery, saw her ranking slip to 126, but she was back in 2012, capturing the French Open to become the 10th woman to complete a career Grand Slam and adding Olympic silver to her resume that year.

Her 2014 French Open title was another high after a dispiriting injury low.

More injury troubles followed before the bombshell announcement of her positive test for the banned heart drug Meldonium at the Australian Open -- where she fell in the quarter-finals to Williams.

With Williams, she endured her most testing relationship. The two famously exchanged personal barbs over their private lives when Sharapova began a two-year romance with Bulgarian player Grigor Dimitrov, a rumoured previous boyfriend of the American.

She may be unlucky in love, but Sharapova has hit the jackpot in her commercial affairs.

She made almost $30 million in 2015, according to Forbes, with $23 million of that coming from endorsements.

Sharapova is a brand ambassador for Porsche, Cole Haan and in 2010 signed a contract extension with Nike worth a reported $70 million.

"Beauty sells. I have to realize that's a part of why people want me. I understand it. It's fine. I'm not going to make myself ugly," she said.

She has two luxury homes -- one in Florida, one in California -- and is making a lucrative career as an entrepreneur. In 2012, she launched her own line of candy, Sugarpova, selling 30,000 bags in the first six months.

She acknowledged in Melbourne that she never expected still to be playing tennis at the age of 28, but said Monday she wasn't ready to leave the game.

"I don't want to end my career this way," Sharapova said. "And I really hope I will be given another chance to play this game."

(This story has not been edited by NDTV staff and is auto-generated from a syndicated feed.)
Comments
Topics mentioned in this article
Maria Sharapova Tennis
Get the latest updates on ICC T20 Worldcup 2022 and CWG 2022 check out the Schedule, Live Score and Medals Tally. Like us on Facebook or follow us on Twitter for more sports updates. You can also download the NDTV Cricket app for Android or iOS.