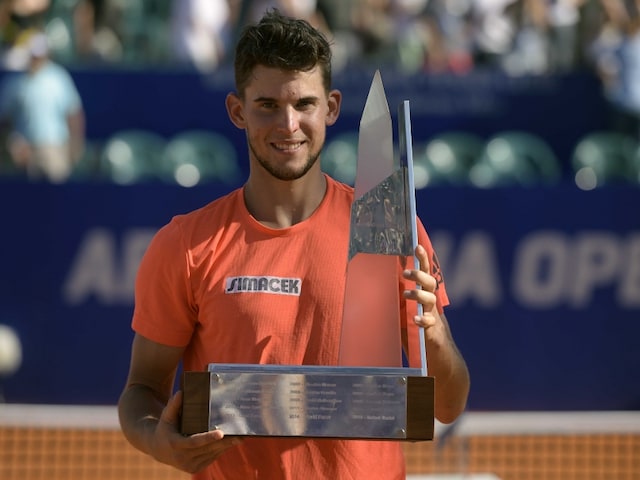 Dominic Thiem captured his fourth career title all of which have been on clay.© AFP
Buenos Aires:

Thiem, the world number 19 and the youngest player in the top 20, captured his fourth career title all of which have been on clay.

The 22-year-old claimed trophies on the surface at Gstaad, Umag and Nice, all in 2015.

Comments
Topics mentioned in this article
Dominic Thiem Nicolas Almagro Tennis
Get the latest Cricket news, check out the India cricket schedule, Cricket live score . Like us on Facebook or follow us on Twitter for more sports updates. You can also download the NDTV Cricket app for Android or iOS.