The United States has seen an alarming resurgence of new coronavirus cases. 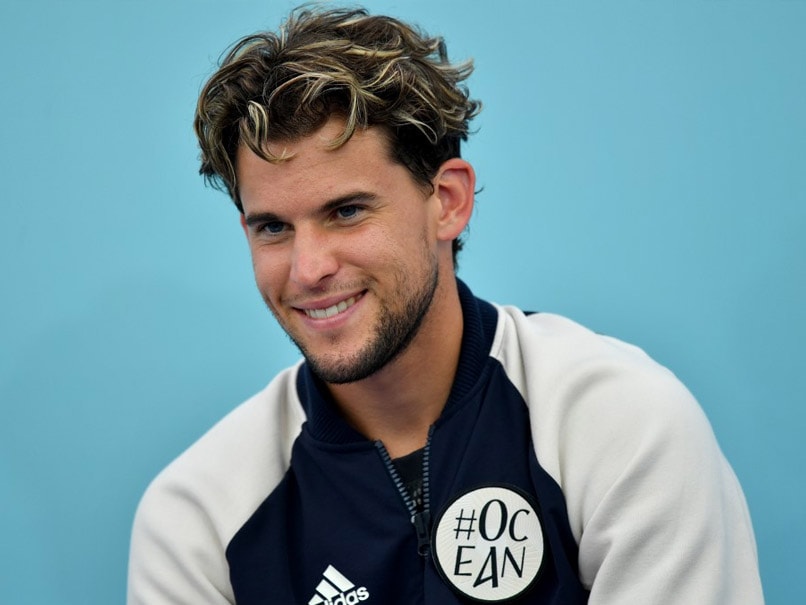 Dominic Thiem said he trusted the US authorities to make the right decision.© AFP

World number three Dominic Thiem said in an Austrian media interview published Saturday that he was keen to play the US Open if it can go ahead. The United States has seen an alarming resurgence of new coronavirus cases. On Friday a record 57,000 new infections were confirmed. The ATP and WTA tours are due to return next month, with the US Open starting on August 31 and the French Open beginning a month later.

Thiem said he trusted the US authorities to make the right decision.

"I think in the next five to seven days there will be a decision," Thiem said.

"Of course I hope it (the US Open) will go ahead, but safety comes first of course. We have to follow countries' governments -- if they see any danger, they won't allow a tournament, especially such a big one as the US Open," the Austrian told public broadcaster ORF.

The 26-year-old plans to play in Kitzbuehel in western Austria in an exhibition event he is co-organising next and then in Berlin, after which he said he would do "intensive training" to prepare for Cincinnati and the US Open if those go ahead.

He played in the Adria Tour exhibition tournament organised by Novak Djokovic last month after which the world number one and three other participants all tested positive for the new coronavirus.

The matches, where social distancing was minimal, were played in front of thousands of fans, while the players were seen partying at a packed Belgrade nightspot, earning a storm of criticism.

Thiem, who has tested negative for the new coronavirus since Belgrade, reiterated in the ORF interview the "huge mistake by us all".

"We all acted much too euphoric. The most important is that we learn from our mistakes," he said.

Comments
Topics mentioned in this article
Dominic Thiem Tennis
Get the latest updates on IPL Auction 2023 and check out  IPL 2023 and Live Cricket Score. Like us on Facebook or follow us on Twitter for more sports updates. You can also download the NDTV Cricket app for Android or iOS.