The so-called "pocket rocket" from Slovakia went down 6-2, 6-2 as Williams unleashed her own weapons of mass destruction in a one-sided clash for a final four spot. 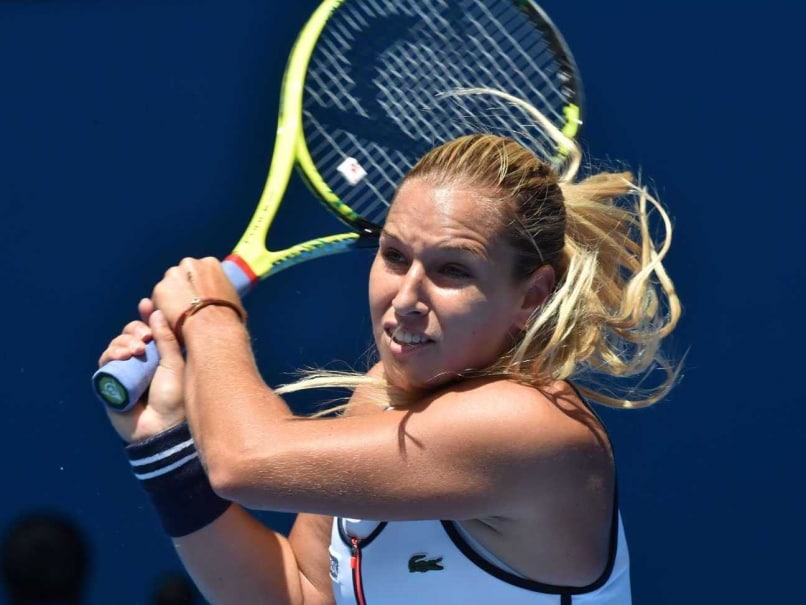 Slovakia's Dominika Cibulkova plays a shot during her women's singles match against Serena Williams of the US.© AFP
Melbourne:

Eleventh seed Dominika Cibulkova said Wednesday she was pleased to have restored her Grand Slam credentials at the Australian Open, despite suffering a quarter-final mauling from top seed Serena Williams.

The so-called "pocket rocket" from Slovakia went down 6-2, 6-2 as Williams unleashed her own weapons of mass destruction in a one-sided clash for a final four spot.

But the 25-year-old said the fact that she made the quarters in the first place was a victory after a tough 2014 when she made it to the final at Melbourne Park but then failed to make the second week of a Grand Slam.

"I've been through the good times last year and the tough times last year," said the tiny Cibulkova, whose victims at this year's tournament included two-time champion Victoria Azarenka.

"It's great that I started the first Grand Slam of the year so well.

"Not reaching the finals, but even playing quarter-finals, it gives me a lot of confidence. I just want to make my schedule (so I'm) fresh in the second half of the year, to be really pumped for the rest of the season."

The Slovak, who was in danger of dropping out of the top 20 for the first time since 2010 if she did not make the Australian quarters, said few players could have coped with Williams in such rampant form.

"I didn't have a chance to play my game," she admitted.

"When she has a day like this, it's tough to play against her," she added. "I tried to change something on return, but it didn't work out. She just didn't give me any time to breathe on the court today."

Comments
Topics mentioned in this article
Serena Williams Dominika Cibulkova Tennis
Get the latest updates on IPL 2021, IPL Points Table , IPL Schedule 2021 , live score . Like us on Facebook or follow us on Twitter for more sports updates. You can also download the NDTV Cricket app for Android or iOS.