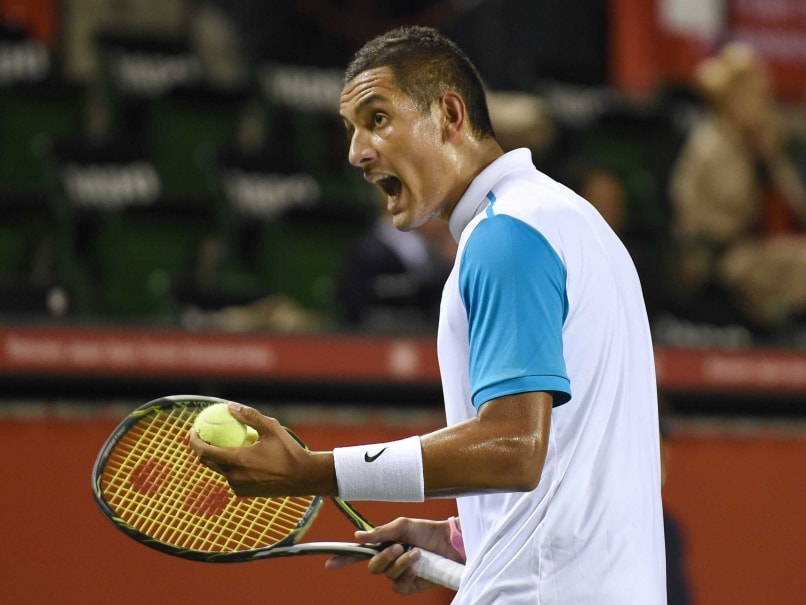 Nick Kyrgios had pulled out of the Davis Cup citing a virus and back trouble.© AFP
Sydney:

Nick Kyrgios has returned serve at teammate Bernard Tomic after he accused the maverick star of faking illness to avoid playing in Australia's Davis Cup tie against the United States.

The storm erupted when 20th-ranked Tomic was overheard during a changeover in his match with American John Isner on Sunday questioning Kyrgios's absence from the tie.

Tomic was also heard saying "that's twice he's done it", in what has been interpreted as Kyrgios's withdrawal from the tie against the Czech Republic last year.

Tomic did not step back from his claims during the post-match media conference following his defeat to Isner, which gave the Americans a 3-1 win in the World Group tie at Kooyong in Melbourne.

"Now it's going to be funny for me to see whether he plays Indian Wells, then he's definitely lost a little bit of my respect."

The fiery Kyrgios, who pulled out of the tie citing a virus and back trouble, took to social media to hit back.

He initially made a mild acknowledgement that Tomic's criticisms had been in the "heat of the moment, not gonna take it personally, Indian Wells a week away, plenty of time".

But a matter of minutes later fired back: "Just don't expect me to have your back anytime soon."

He then referred in a subsequently deleted tweet to Tomic's infamous record-quick 28-minute loss to Finn Jarkko Nieminen at the Miami Open after his premature return from surgery on both hips in 2014.

"Let's not forget who holds the quickest loss on the ATP tour lol #how many minutes again." wrote Kyrgios.

Hewitt, in his first Davis Cup tie as Australia's captain, said Kyrgios was genuinely ill and unavailable for the Melbourne match.

"What's happened has happened, and for me the best thing is that they both play Indian Wells in five days' time," Masur told Fox Sports News on Monday.

"That they just meet up in the locker room ... shake hands and just get on with it.

"We don't play another Davis Cup tie until September so there will be a lot of water under the bridge from now until then."