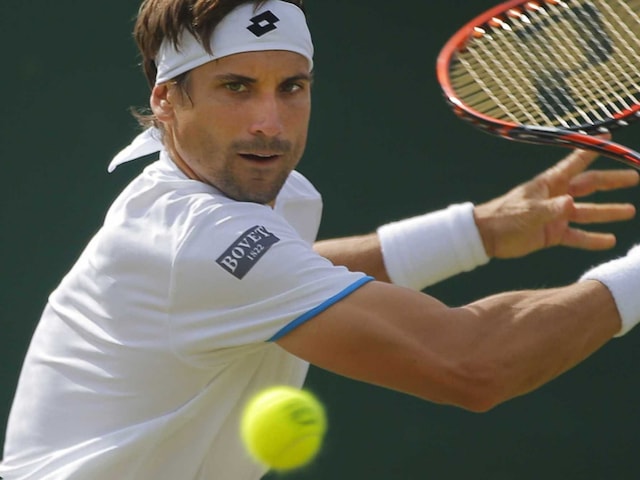 David Ferrer has 685 singles wins in his career so far.© AP

David Ferrer is brutally honest with himself, no pretence and no air. He has a staggering 685 singles wins, 13th in all time victory list, in a successful 16-year career but Grand Slam success has eluded him.

Only three active players -- Novak Djokovic (1080), Nadal (804) and Roger Federer (742) -- have more singles wins than him in world tennis. All this means that he has won the most number of matches on the ATP tour without a Grand Slam title. Before him, American Brian Gottfried held this record for 22 years with 680 wins.

The best Ferrer came close to winning a Major was when he reached the 2013 French Open final but lost that summit clash to Davis Cup teammate Rafael Nadal. Ask him if he sees himself breaking that jinx and with all honesty he says it's "difficult". But, surprisingly, he stated that he does not deserve it.

"I don't have a Grand Slam but tennis is very justice (he meant leveller and fair). I don't have it because I don't deserve it," Ferrer told PTI in an interaction after slugging it out in a training session ahead of the Davis Cup tie against India.

The 34-year-old though does not feel that his career would be any less if that elusive Major remains elusive.

"Anyway I am proud of my career. I have tried to do best and I am happy for that," he said.

The Spaniard world number 13 had enjoyed one of the best seasons of his career in 2015 in which he won five titles, including three ATP 500 titles - Vienna, Acapulco and Rio de Janeiro. However, he has struggled this season where he did not reach a single final and had three semifinal exits at ATP 250 level.

Ferrer said the men's tennis is getting tougher with the advent of many youngsters. He had lost to 22-year-old Lucas Pouille in an intense three-setter at Miami Masters second round and also suffered defeat against 23-year-old tennis prodigy Dominic Thiem from Austria.

"This year I was inconsistent because it is very difficult to play good every year. There are more younger players and... nothing else. I am trying to be best in the world but I know it's difficult every tear. I will try to finish this season as best as possible. Next year I will try again," he said.

He is arguably one of the fittest players, who rule the baseline play and considered the marathon man of world tennis, but Ferrer refused praise with all modesty.

"No no.. I am not, don't know," he said when refereed to his supreme fitness. Ask him about his training that makes him so fit and he replies there is nothing great about it.

"It's like everyone, normal, nothing special. Every player is different. Some players need different practice, I practice for two hours. If I feel good I practice more, there are no fixed hours," he said.

It will be a great learning experience for India's Saketh Myneni and Ramkumar Ramanathan when they play him in the singles rubbers of the World Group Play-off tie on Friday.

Comments
Topics mentioned in this article
David Ferrer Novak Djokovic Rafael Nadal Tennis
Get the latest Cricket news, check out the India cricket schedule, Cricket live score . Like us on Facebook or follow us on Twitter for more sports updates. You can also download the NDTV Cricket app for Android or iOS.