Andy Murray gave Great Britain a great start in their Davis Cup semi-final clash against Australia. His brother Jamie will play in the doubles on Saturday. 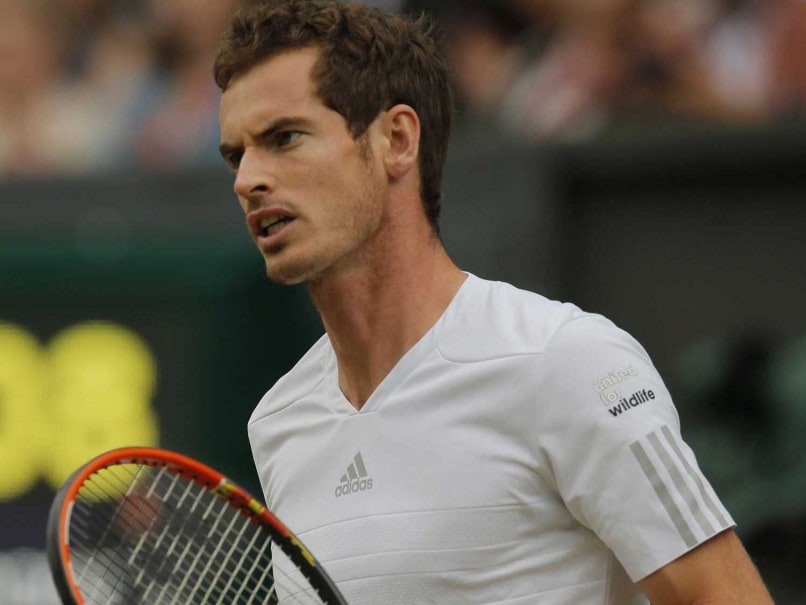 Andy Murray gave Great Britain a flying start in their Davis Cup semi-final against Australia with a 6-3, 6-0, 6-3 victory over Thanasi Kokkinakis on Friday. (Andy Murray to Spearhead Britain's Challenge in Glasgow)

World number three Murray took under two hours to see off the challenge of the 19-year-old Australian on the hard court of the Emirates Arena in Glasgow. (Latest Tennis News)

The 28-year-old's success eases the pressure on Dan Evans who faces Bernard Tomic in the second singles rubber later on Friday.

The world number 300 was a surprise selection by captain Leon Smith, having been a late call-up to the squad following an injury suffered by Kyle Edmund.

A win for Evans over the world number 23 would leave Britain needing just one more victory from either Saturday's doubles or the two reverse singles on Sunday to secure their place in a first Davis Cup final for 37 years.

"It was a huge match and I'm glad I managed to put on a good performance," said Murray.

"I started the match really well. I was hitting the ball cleanly and I didn't give him any opportunities on my serve. Once I got the break in the middle of the first set I just continued to play better.

"My results speak for themselves. I don't know why I play better when I play for my country. I love it, it is a proud moment."

Britain haven't beaten Australia in the Davis Cup since 1978, with the 28-times winners securing victory in their last three meetings, the most recent of which came in 2003 when Australia last won the trophy.

Two-time major winner Murray, roared on by a home crowd in Scotland, looked determined from the outset to help Britain make amends for that and take a step closer to a first victory in the competition since 1936.

It was Murray's first match since suffering the disappointment of a fourth round defeat to Kevin Anderson in the US Open.

However, the Scot looked like his enforced rest had served him well as he breezed past Kokkinakis.

It was the first meeting between the pair, who are regular practice partners, and it seemed Murray had learned the most from their training sessions as he put the Australian under pressure from the start before twice breaking the Kokkinakis' serve to take the first set 6-3.

Murray set the tone for the second set as he immediately broke the Kokkinakis serve on his way to a commanding 6-0 victory that saw him lose just five points.

The young Australian rallied slightly in the third set but couldn't live with the impeccable tennis being played by the world number three as he blazed winner after winner to take the third set 6-3, sealing victory with an unstoppable return in a dominant display.

"I didn't help my team very much there but he didn't make it easy," a dejected Kokkinakis said.

"He played too good for me and it felt like every service game I had he had break points in.

"I've practised with him a far few times and I can say that's the best he's ever played against me by a mile."

The ease of Murray's victory means he could yet partner big brother Jamie in Saturday's doubles rubber against Lleyton Hewitt and Sam Groth.

Comments
Topics mentioned in this article
Andy Murray Lleyton Hewitt Jamie Murray Tennis
Get the latest updates on India vs England Series, India vs England , live score and IPL 2021 Auction . Like us on Facebook or follow us on Twitter for more sports updates. You can also download the NDTV Cricket app for Android or iOS.