The Punjab Marshalls clinched the tie 23-15 after it went into 'overtime', in which Marcos Baghdatis won the last game to seal the deal at the CLTA Stadium. 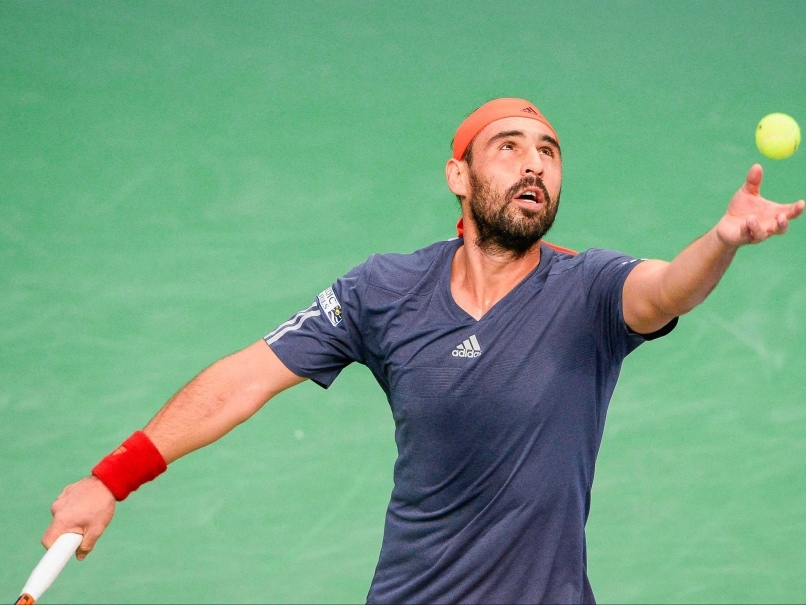 Punjab Marshalls swept the first home tie 23-15 against Raipur Rangers in possibly the most exciting tie of the Champions Tennis League so far in Chandigarh. (Read More in Tennis)

The Marshalls clinched the tie 23-15 after it went into 'overtime', in which Marcos Baghdatis won the last game to seal the deal at the CLTA Stadium.

This victory has broken the home team jinx that has plagued the Champions Tennis League teams till now. Mumbai Tennis Masters lost their home matches in Mumbai, while V Chennai Warriors came agonisingly close to a victory before faltering in Chennai last night.

Punjab was leading 22-15 after the end of the last set that was won by Rangers' Roberto Bautista Agut. Since rules of the league requires the team leading (in terms of games) to win the final game, the match went into overtime.

Punjab Marshalls captain Greg Rusedski gave the Chandigarh franchise a head start with a 5-2 win against former World No.1 Thomas Muster of Raipur Rangers in the legends singles set.

Going into the next set - mixed doubles - Punjab were sitting pretty with a 10-3 overall lead. Since tie winners are decided primarily on the basis of which team wins the maximum games in a tie (as opposed to sets), this was a crucial lead.

Raipur Rangers clawed its way back in the next set with Alize teaming up with Roberto Bautista Agut while Elina was joined on court by Marcos Baghdatis. The Rangers looked in no mood to give in to the magic of Marcos-Elina, and troubled the Marshalls player with their tricky shots.

The set went into tie-breaker at 4-4, and Alize-Agut used the slow courts of CLTA to their advantage with a 5-2 win in the tie-breaker and a 5-4 victory in the set. Marshalls were still leading 14 games to 8. A lead that Baghdatis and Saketh Myneni increased to 19-10 with a 5-2 win over Agut-Ramkumar Ramanathan in men's doubles.

This was Punjab Marshalls' first home tie in this seasons' league. They play Mumbai Tennis Masters on November 28 in another crucial tie. Marshalls has an advantage over Mumbai, having defeated them 21-19 in the first tie in Mumbai, in which Baghdatis' stellar performance had become Punjab's trump card.

Comments
Topics mentioned in this article
Marcos Baghdatis Saketh Myneni Ramkumar Ramanathan Roberto Bautista Agut Tennis
Get the latest updates on India vs Australia Series, check out the India vs Australia Schedule for 2020-21 and Ind vs Aus live score . Like us on Facebook or follow us on Twitter for more sports updates. You can also download the NDTV Cricket app for Android or iOS.