Caroline Wozniacki, a winner in Tokyo six years ago, will face either Ukrainian, Elina Svitolina, or Japan's Naomi Osaka in Sunday's Pan Pacific Open final as she goes in search of a 24th career title 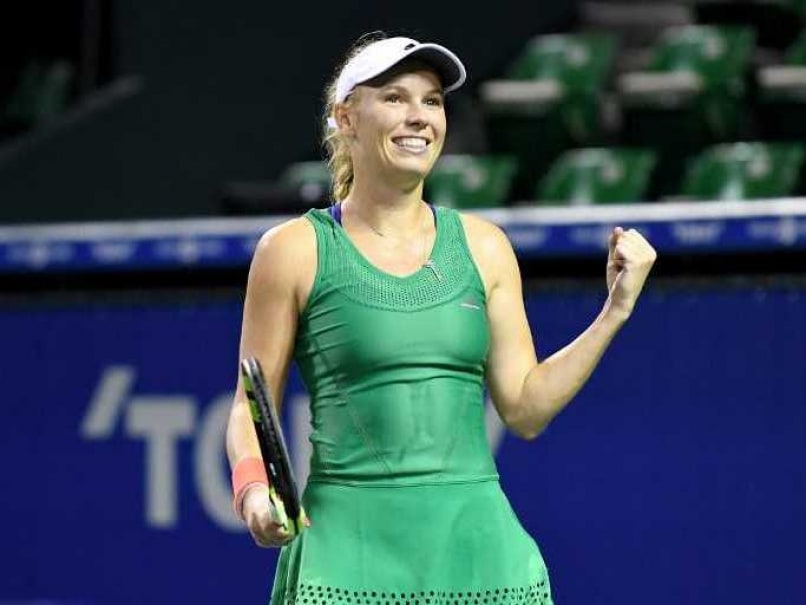 The Dane, a winner in Tokyo six years ago, will face Japan's Naomi Osaka in Sunday's Tokyo final as she goes in search of a 24th career title.

Wozniacki, who struck back from 3-1 down in the second and third sets, ended Radwanska's resistance on her fourth match point, forcing the Pole into a loose forehand, which she dumped tamely into the net after almost three hours on court.

At times it wasn't pretty, but Wozniacki's gritty display will give her confidence a further lift after battling back from a wretched run of injuries this year to reach the US Open semifinals earlier this month.

Wozniacki had seen her world ranking plunge to 74th after suffering wrist and ankle trouble, her father even telling a Danish tabloid the 26-year-old could retire from tennis.

But despite coughing up the first set on a double fault, Wozniacki showed glimpses of her old form in an error-strewn match featuring 13 breaks of serve.

A whipped crosscourt forehand to take the initiative at 4-3 in the decider left Radwanska shaking her head and a full-blooded backhand drive to consolidate the break in the next game demonstrated why she used to be such a force.

Wozniacki, who carried her nation's flag at this summer's Rio Olympics, is looking to maintain her streak of having won a title in every year since 2008.

Comments
Topics mentioned in this article
Caroline Wozniacki Agnieszka Radwanska Tennis
Get the latest updates on India vs England Series, India vs England , live score and IPL 2021 Auction . Like us on Facebook or follow us on Twitter for more sports updates. You can also download the NDTV Cricket app for Android or iOS.