A prize money of $162,000 is on offer, making the Bengaluru Open the richest on the ATP Challenger circuit in terms of prize money played across the globe. 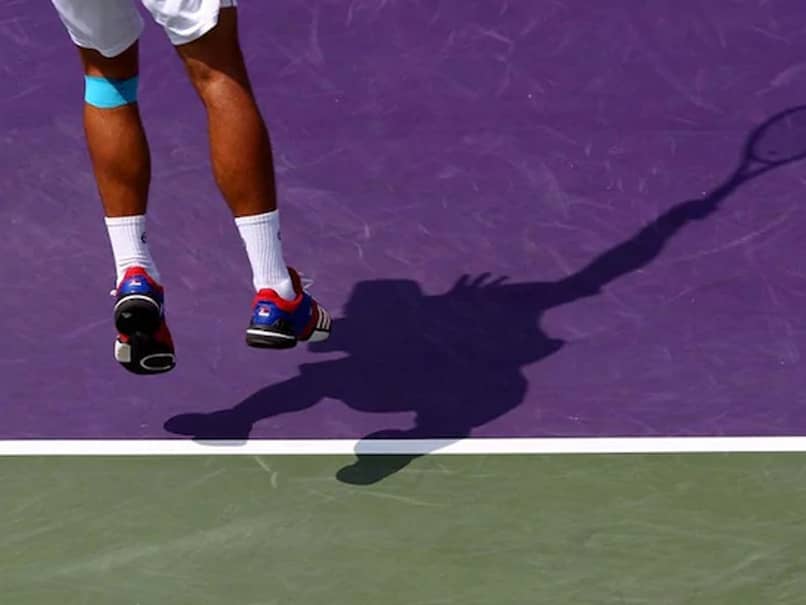 The Bengaluru Open will be held from February 10-16 at the Karnataka State Lawn Tennis Association.© AFP

The Bengaluru Open, which has now become a coveted stop on the ATP Challenger Tour, returns to the city after skipping the 2019 calendar of events. The three-month postponement has thus resulted in the event being moved into the new season, as opposed to the usual time when it is held at the fag end of the season. The Bengaluru Open will be held from February 10-16 at the Karnataka State Lawn Tennis Association. The tournament will follow the Pune ATP 250, an ATP Tour event, and the Australian Open.

A prize money of $162,000 is on offer, making it the richest on the ATP Challenger circuit in terms of prize money played across the globe.

The Bengaluru Open has been receiving major support from the Government of Karnataka along with help from corporate sponsors. It has established itself as a platform for national and international players, as well as aspiring local players, to compete at an International Challenger stage and improve their ATP rankings.

"The Bengaluru Open is now the biggest event on the ATP Challenger circuit in the Asian region and it was a proud moment for all of us when the winners of the previous editions played at the main draw of the US Open against legends like Roger Federer and Daniil Medvedev. This shows we have enough talent that can be nurtured through tournaments like Bengaluru Open," said Priyank Kharge who is the chairman of the Organising Committee and the brainchild behind the Bengaluru Open.

"We have had the backing of the Government of Karnataka all these years and we are hopeful of getting the support this year too. The encouraging part is coming together of stakeholders of Bengaluru which involves major corporates to support the event. We hope to have bigger support from the corporate world in this edition," added Kharge.

The KSLTA, which is not averse to hosting national and international events, will be the cynosure of all eyes once again with some of the top players in the under-100 bracket (world rankings) clashing for honours. "I am sure the event will not only attract the top players but also be a great learning experience for the young tennis players in the city. This will be a fantastic opportunity for the youth to see their favourite sports stars in person and experience international tennis right from the centre court," said M. Lakshminarayana, Vice President, KSLTA and Advisor to the Chief Minister of Karnataka.

Meanwhile, KSLTA will organize a series of events as a build-up to the mega event which will consist of 48 players in the Main draw as against 32 in the last edition.

Former National coach and AITA Development Officer, Sunil Yajaman who is the tournament Director of the prominent event was thrilled that the event has taken a final shape after a worrisome period of uncertainty. "I thank the Government of Karnataka for the unflinching support to this event in the recent editions, which, apart from putting Bengaluru on the tennis map of the world, has inked a mark as a preferred sports destination," said Sunil while adding "On the competition front, I expect a quality field."

The ATP Challenger Bengaluru Open, apart from making the winner richer by over USD 22,000, will also give a chance to home grown players to earn valuable ATP points and improve their ranking on the ATP circuit. Sumit Nagal, a winner here in the 2017 edition is the best example of a player who has exploited the opportunity to the maximum. His famed first set victory against the legendary Roger Federer in the US Open before bowing to the World Champion earlier this year, cannot be forgotten in a hurry. "It was the Bengaluru Open victory which boosted my morale and gave me the confidence to tread on to bigger Tours," said Nagal in a telephonic interaction. "It was a dream come true when I played Federer at the US Open. I would not have reached that stage that easily had I not played the Challenger circuit," added Nagal emphasizing the need of many more such tournaments in the country.

For its part, the KSLTA has already hosted many National and International events including ATP World doubles championship, Davis Cup and the WTA where the famed William sisters - Serena and Venus - once graced these courts. With a world class facility set amidst a serene backdrop and some quality tennis, a tennis buff cannot ask for more.