"Being Number One Again Would Be Special", Says Rafael Nadal

If Rafael Nadal finishes at No. 1, it would be the fifth time he has ended the year on top of the rankings which would tie Novak Djokovic, Roger Federer and Jimmy Connors. 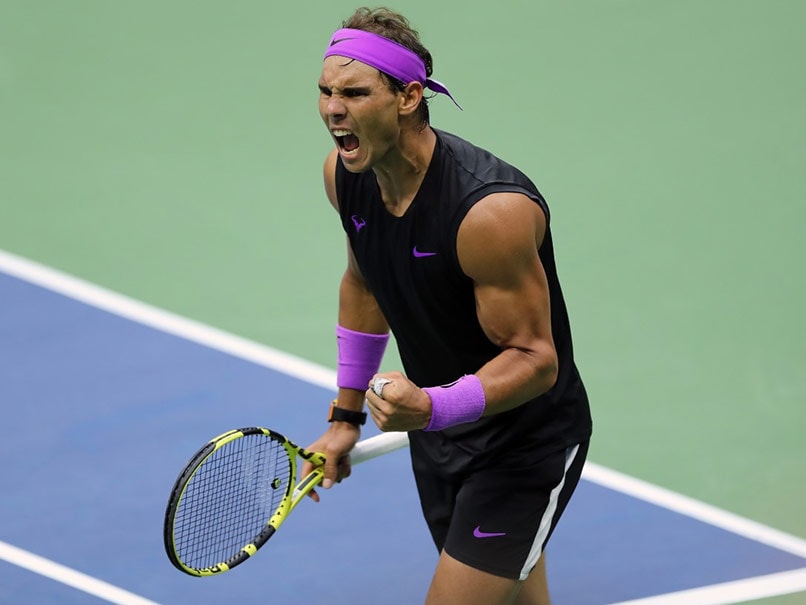 "I prefer to be No. 1 to No. 2," Rafael Nadal said on Sunday as he prepared to continue his rankings battle with Novak Djokovic in Paris this week and in the season-ending ATP Finals in London. If the 33-year-old Spaniard finishes at No. 1, it would be the fifth time he has ended the year on top of the rankings which would tie Djokovic, Roger Federer and Jimmy Connors. At the moment, Nadal trails the Serbian, but the race is tight.

Nadal's only competitive tennis since winning his 19th major at the US Open in September was the Laver Cup.

"I had my problem in the hand after the US Open, so I couldn't finish the Laver Cup the way that I wanted. Then I had to stop for a while," Nadal said. "I am here with the goal to play my 100 per cent. That's what I expect."

Nadal also took some time off to marry his partner of 14 years, Xisca Perello, at a castle in Mallorca on October 19.

Nadal has never won at Bercy but he refused to accept that Paris was an unlucky city for him.

His most recent loss came in the Wimbledon semi-finals against Federer.

"I missed this tournament a lot of times in my career. And other times I didn't play well and other times opponents have been better than me."

"As everybody knows, for me it's the most important city in my tennis career, so I love to be in Paris. It always gives me good vibes."

Nadal has also won only two tour tournaments indoors over his career.

"Of course it's an indoor surface that in the past is the surface that I had less chances. I think I have been improving the game to be able to play well. I think this year the surface is quite quick, quite fast. But I don't know. I'm happy to be here," Nadal said.

Comments
Topics mentioned in this article
Rafael Nadal Tennis
Get the latest updates on Olympics 2020, Olympics 2020 Medal Tally , Live Cricket Score . Like us on Facebook or follow us on Twitter for more sports updates. You can also download the NDTV Cricket app for Android or iOS.