Australian Open: Stefanos Tsitsipas defeated Mikael Ymer 6-4, 6-1, 6-1 to march into the fourth round. 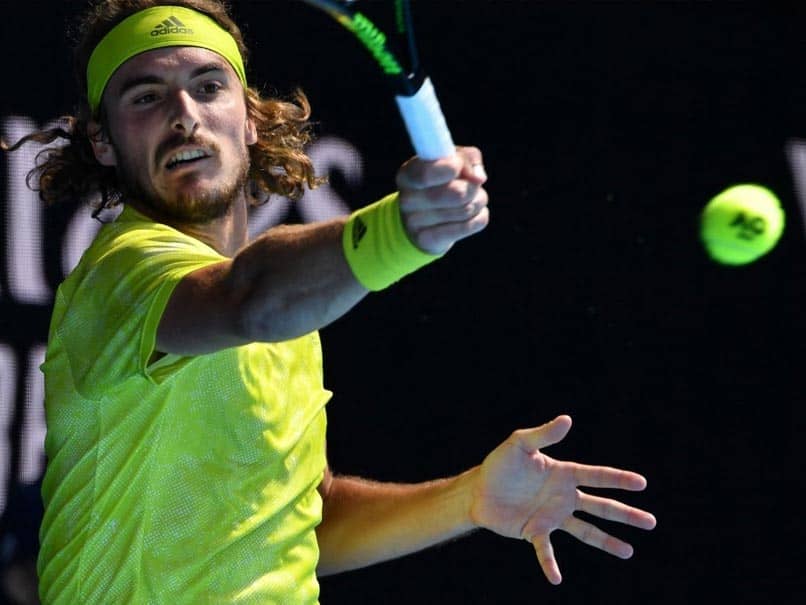 Stefanos Tsitsipas put friendship aside to crush Mikael Ymer and race into the Australian Open fourth round Saturday, dismantling his sometime hitting partner in straight sets. The pair were born within weeks of each other and often pitted together as juniors, but Greek fifth seed Tsitsipas swatted the Swede 6-4, 6-1, 6-1 at John Cain Arena. He will now play either big-hitting ninth seed Matteo Berrettini or 19th-seeded Russian Karen Khachanov for a place in the last eight as he targets a maiden Grand Slam title. "It took some time to get used to conditions on John Cain. But I'm very happy with my game. I showed good quality of tennis today," said Tsitsipas.

"Mikael is someone I've known for a long time and it's quite important for me to have battles like this against him, and for the next generation of tennis as well," he added.

"All of have been working very hard to get where we are today."

Tsitsipas said before the match that he had known Ymer "like, since a baby" and the 22-year-olds were quarantine training partners when they arrived in Australia for the opening Grand Slam of the year.

Despite their affinity, they had only played each other once before at Tour level, with Tsitsipas claiming a 6-1, 6-3 victory last year in Marseille.

Ymer, ranked 95, stunned last month's Delray Beach titlist Hubert Hurkacz in the opening round then overcame 17-year-old Spanish wunderkind Carlos Alcaraz, but he was no match for the Greek.

Tsitsipas, a semi-finalist at Melbourne Park in 2019, was coming off a gruelling five-set win over Australian Thanasi Kokkinakis, but showed few signs of tiredness.

He took his chances when presented in the opening set then romped through the second, powering down big serves and hitting 10 winners.

The third set followed a similar pattern with Ymer unable to deal with the Greek star's unrelenting accuracy on service return, hitting too many unforced errors and unable to get into the rallies.

Comments
Topics mentioned in this article
Stefanos Tsitsipas Tennis
Get the latest updates on IPL 2021, IPL Points Table , IPL Schedule 2021 , live score . Like us on Facebook or follow us on Twitter for more sports updates. You can also download the NDTV Cricket app for Android or iOS.