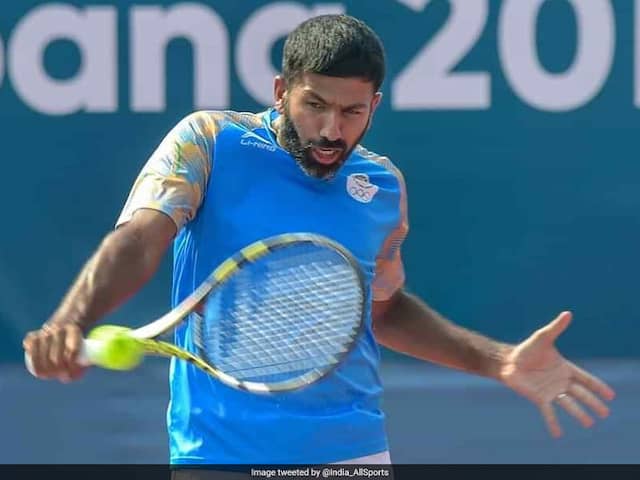 Rohan Bopanna and his Ukrainian partner Nadiia Kichenok bowed out in straight sets in the Australian Open quarter-final of the mixed doubles here on Thursday ending India's challenge at the opening Grand Slam of the year. The Indo-Ukrainian pair lost 0-6, 2-6 to fifth seed Nikola Mektic and Barbora Krejcikova in a lopsided tie. The Croatian-Czech duo were in the driver's seat from start to finish as Bopanna and Kichenok could not match their game. In the second set, Bopanna and Kichenok managed to hold their serve in the first game but once they were broken in the second and the seventh, Mektic and Borbara eased past their rivals and sealed a semi berth.

Veteran Indian tennis star Leander Paes bowed out after losing his second round match in the mixed doubles event on Tuesday.

Paes, who was pairing up with Latvia's Jelena Ostapenko, lost to the duo of Bethanie Mattek-Sands-Briton Jamie Murray 6-2, 7-5 in a match that lasted one hour and seven minutes.

Paes and Ostapenko had moved to the second round after erasing a one-set deficit to edge out Storm Sanders and Marc Polmans 6-7(4), 6-3, 10-6 in their first match of the ongoing tournament.

Comments
Topics mentioned in this article
Rohan Bopanna Tennis
Get the latest Cricket news, check out the India cricket schedule, Cricket live score . Like us on Facebook or follow us on Twitter for more sports updates. You can also download the NDTV Cricket app for Android or iOS.