Roger Federer made a fluent start to his Australian Open campaign, but still took time off to play pranks with his support staff. 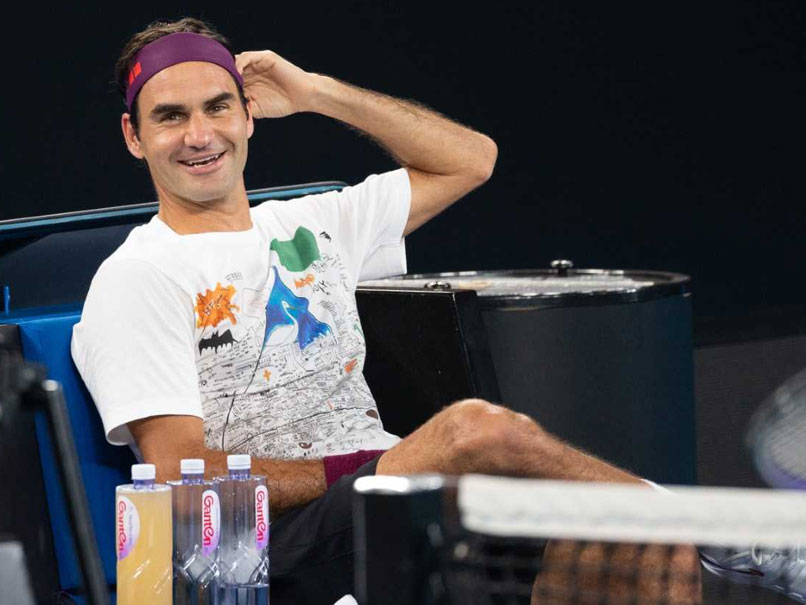 Roger Federer was spotted playing hide-and-seek with his fitness coach Pierre Paganini and other teammates in the corridors of the Melbourne Park ahead of the start of the Australian Open 2020. "Stop it, @rogerfederer. This is the six-time #AusOpen champion playing a bit of hide and seek with his team," ATP Tour said in a tweet along with the minute-long video. Roger Federer can be seen hiding himself just to surprise Pierre Paganini, before jokingly holding him by his neck.

The 38-year-old Swiss legend is eyeing a 21st Grand Slam and his seventh title in Australia.

Federer opened his Australian Open campaign with a straight sets victory over Steve Johnson at the Rod Laver Arena on Monday. He defeated the American 6-3, 6-2, 6-2 to race into the second round, where he will play either French qualifier Quentin Halys or Serbian Filip Krajinovic.

Federer said he has to be careful going "round-by-round" at the year's first Grand Slam tournament.

"Round-by-round, point-for-point mentality. I know other guys that are playing extremely well right now so I think it's just important to stay very calm about things," he said as quoted by AFP.

Federer has never lost in the first round at the Australian Open since his debut 20 years ago. He attributed "old school work ethic" for his Melbourne Park success.

"I think for me really the first three rounds are key to get going, to get used to the pressure, stay calm, when to save breakpoint or 30-all points or whatever it may be," he said.

"This is sort of the unknown that can be a little bit scary at times.

"But today there was none of that because I broke early each set and was able to get on a roll, play freely after that."

Comments
Topics mentioned in this article
Roger Federer Tennis
Get the latest updates on IPL 2021, check out the IPL 2021 Schedule and Indian Premier League Live Score . Like us on Facebook or follow us on Twitter for more sports updates. You can also download the NDTV Cricket app for Android or iOS.