Double Wimbledon winner Petra Kvitova suffered 4-6 4-6 defeat to Daria Gavrilova in the second round of the Australian Open. 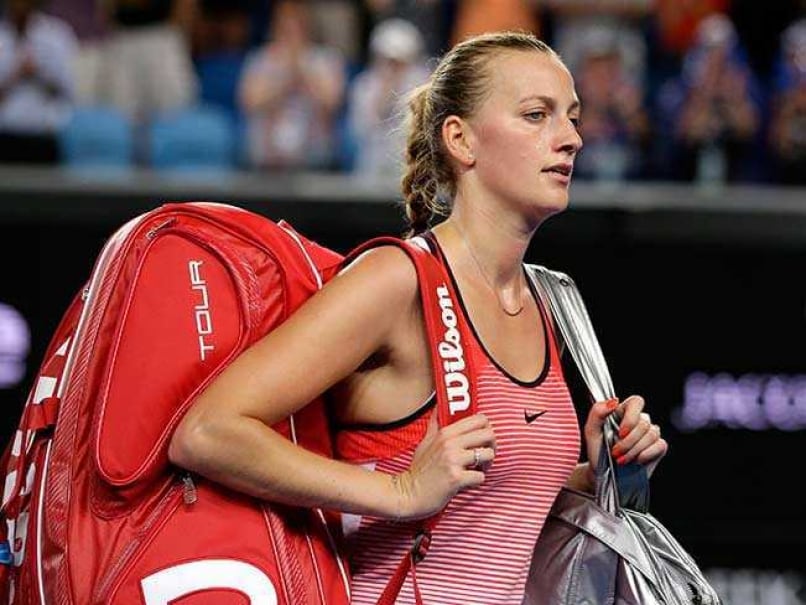 The out-of-sorts Czech sixth seed had no answers to the confident Gavrilova, who raced into a Grand Slam third round for the first time, winning 6-4, 6-4 on Margaret Court Arena.

Kvitova joined second seed Simona Halep and eighth seed Venus Williams on an early plane home after they were beaten in the first round. Former world number one Caroline Wozniacki was also an early casualty.

"It was unreal. I was so nervous at the end. I'm just really proud," said the Russian-born Australian, who only switched nationality in December. "I'm just really happy."

The 89-minute win ranks as one of Gavrilova's best, perhaps behind only a defeat of then-world world number two Maria Sharapova in Miami last year.

The giant-killing world number 39 now plays France's Kristina Mladenovic on Friday for a place in the fourth round.

Czech Kvitova, a semi-finalist at Melbourne Park in 2012, had the worst possible build-up with a gastro problem forcing her out of the Shenzhen Open and Sydney International, where she was defending champion.

While the aggressive baseliner recovered to comfortably survive the first round, it all went wrong against Gavrilova, who partnered Nick Kyrgios to win the mixed-team Hopman Cup in Perth this month.

The Aussie, who beat three top-10 players in 2015, won four of the last five games to take the first set 6-4 against the stunned Kvitova.

Kvitova worked hard to recover in the second set but quickly fell 2-5 behind, saving one match point before breaking Gavrilova to claw back to 4-5.

But it was too little too late with the Australian leaping for joy after the Czech sent a forehand long to hand her victory.

Comments
Topics mentioned in this article
Petra Kvitova Daria Gavrilova Tennis
Get the latest updates on IPL 2021, IPL Points Table , IPL Schedule 2021 , live score . Like us on Facebook or follow us on Twitter for more sports updates. You can also download the NDTV Cricket app for Android or iOS.