John Peers and Henri Kontinen stunned the Bryan brothers to win the men's doubles title at the Australian Open. 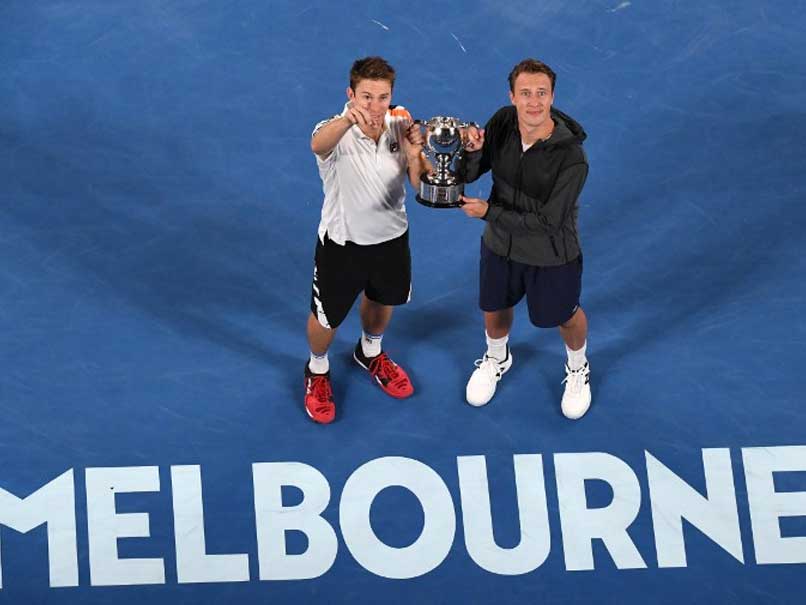 The Bryan brothers are usually the favourites when they take to the court but not on Saturday as Australia's John Peers and his Finnish partner Henri Kontinen upset the highly decorated Americans - Bob and Mike Bryan - to win the Australian Open men's doubles title at Melbourne Park. Seeded four, they came through a tough battle 7-5, 7-5 on Rod Laver Arena to deprive the third-seeded Bryan brothers of a seventh Melbourne title and a 17th Grand Slam crown.

For Peers and Kontinen it was a first major title, with the Melbourne-born Australian fittingly hitting the winner, spinning a lob over the head of the Bryan twins.

He is the first Australian to win the title since Todd Woodbridge in 2001.

Comments
Topics mentioned in this article
Tennis Bob Bryan Mike Bryan John Peers Henri Kontinen
Get the latest updates on ICC T20 Worldcup 2022, check out the Schedule and Live Score. Like us on Facebook or follow us on Twitter for more sports updates. You can also download the NDTV Cricket app for Android or iOS.