Venus Williams, who was the oldest player in the women's draw of the 2016 Australian Open, bowed out in the first round but her opponent, Johanna Konta, said age was irrelevant. 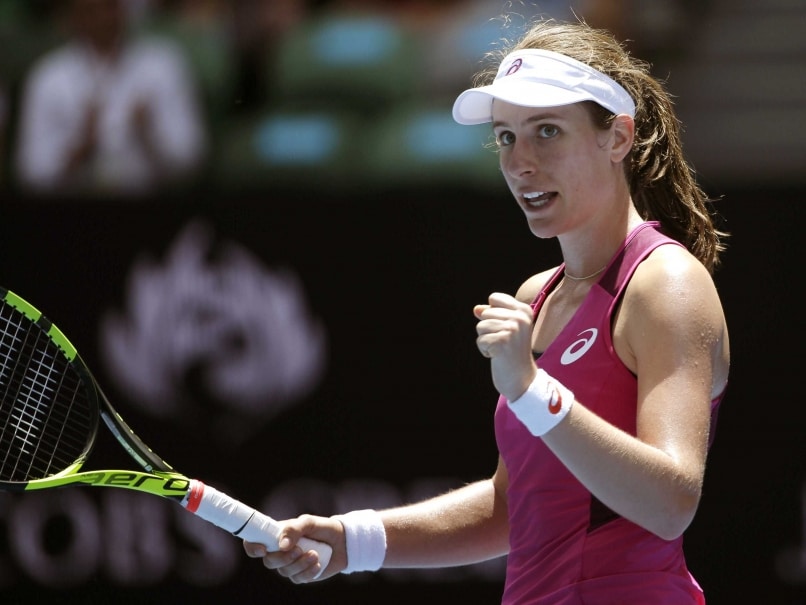 Johanna Konta caused a huge upset in the Australian Open when she dumped Venus Williams in the first round by winning 6-4, 6-2.© AFP
Melbourne:

Venus Williams' 69th Grand Slam came to a premature halt in the first round Tuesday when she was shocked by rising British star Johanna Konta, who said the veteran's age was "irrelevant". (Venus Williams Crashes Out of Australian Open)

The oldest player in the women's draw, whose maiden Australian Open was in 1998, had high hopes coming into the season's first major tournament after a rich vein of form late last year.

It propelled her back into the world top 10 but Williams, 35, was no match for Konta, who raced to a 6-4, 6-2 victory in 79 minutes on Rod Laver Arena for one of the biggest wins of her career.

Konta denied Williams' age had anything to do with her crashing out so early.

"I think it would be silly to look at Venus' age and somehow consider that as a reflection of her level," said the 24-year-old.

"I think it's irrelevant how old she is because she's such a champion with so much experience and so much knowledge about the game.

"Even if she's playing with one leg out there, you've got to really take care of things on your own, because she's an incredible player. I have all the respect for her in the world."

Seven-time Grand Slam champion Williams, who won the inaugural WTA Elite Trophy in 2015 as well as tournaments in Auckland and Wuhan, never got her game going.

A quarter-finalist last year, she was broken twice in the opening set in blazing heat as Konta's younger legs carried her further than the American veteran.

It didn't get any better in the second set with a despondent Williams, her left thigh heavily strapped, unable to handle the Konta serve or find the shots to hurt an opponent oozing confidence.

Sydney-born Konta, who only became a British citizen in 2012, raced to a 5-0 lead before Williams broke for a consolation game and then held, before her opponent wrapped it up.

"I'm very satisfied with how I dealt with the situation. It was hot out there. I was playing an incredibly great player. That's no secret," said Konta, who has grown by leaps and bounds in the past 12 months.

Now ranked 47th, 98 spots higher than this time last year, she upset current world number three Garbine Muguruza at the US Open last year en route to her first round of 16 at a major.

"I think it's time and experience, getting a little older, hopefully a little wiser," she said on being able to better challenge top-ranked players.