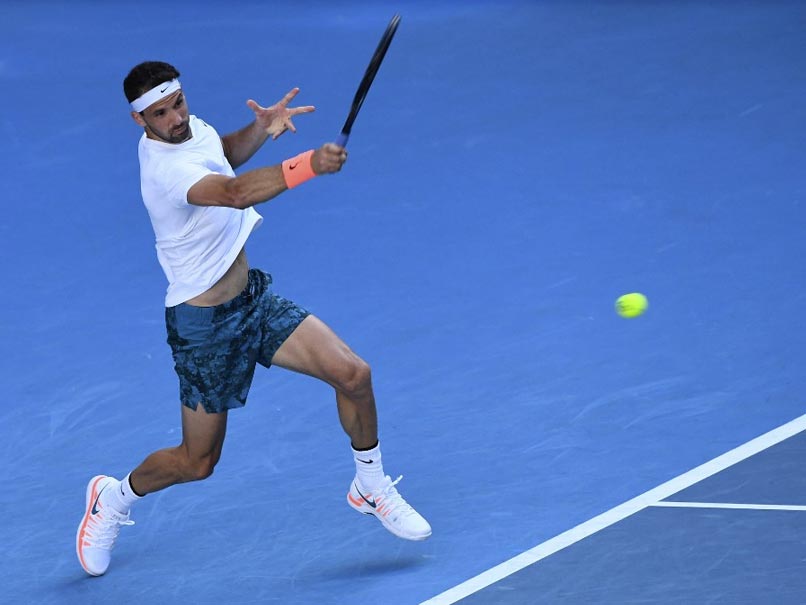 A tired-looking Dominic Thiem became the highest seed to fall at this year's Australian Open when the US Open champion was sent tumbling out in straight sets by Grigor Dimitrov in the fourth round on Sunday. The Austrian third seed, last year's losing finalist, appeared to lack energy after rallying to beat Nick Kyrgios over five gruelling sets on Friday in front of a raucous crowd. He struggled to match the intensity of the 18th-seeded Bulgarian on a silent, fan-free Rod Laver Arena and slumped out 6-4, 6-4, 6-0 in 2hr 1min.

"I feel great. Throughout every season you have one of those matches where you just keep the ball rolling and today was just one of these days," Dimitrov said.

"I was entirely just trying to focus on what I was doing ... I had to very composed against him. Dominic is an extraordinary player."

Dimitrov, who has yet to drop a set, has now reached the quarter-finals or better in Melbourne four times, with his best showing in 2017 when he lost an epic five-set semi-final to Rafael Nadal.

Thiem looked to be in charge when he raced into a 3-1 lead, but Dimitrov came storming back in an energy-sapping 14-minute game to break back with a backhand passing shot.

He broke again in the seventh game to take the set with Thiem unable to make any impression against his opponent's powerful and accurate serving.

Dimitrov had break point opportunities in the opening game of the second set, but Thiem held on and went 3-1 in front before the unrelenting Bulgarian once again levelled.

He was in the zone and broke again then served out the set to love and with a now error-strewn Thiem struggling, steamrollered through the third set in just 21 minutes.

No fans were allowed into the venue Sunday on the second of five days of a snap state-wide coronavirus lockdown, caused by a coronavirus cluster at hotel near Melbourne airport.

Comments
Topics mentioned in this article
Grigor Dimitrov Dominic Thiem Tennis
Get the latest updates on ICC T20 Worldcup 2022, check out the Schedule and Live Score. Like us on Facebook or follow us on Twitter for more sports updates. You can also download the NDTV Cricket app for Android or iOS.