Daniil Medvedev who turned 25, powered past Roberto Carballes Baena 6-2, 7-5, 6-1 on John Cain Arena for his 16th straight win dating back to November. 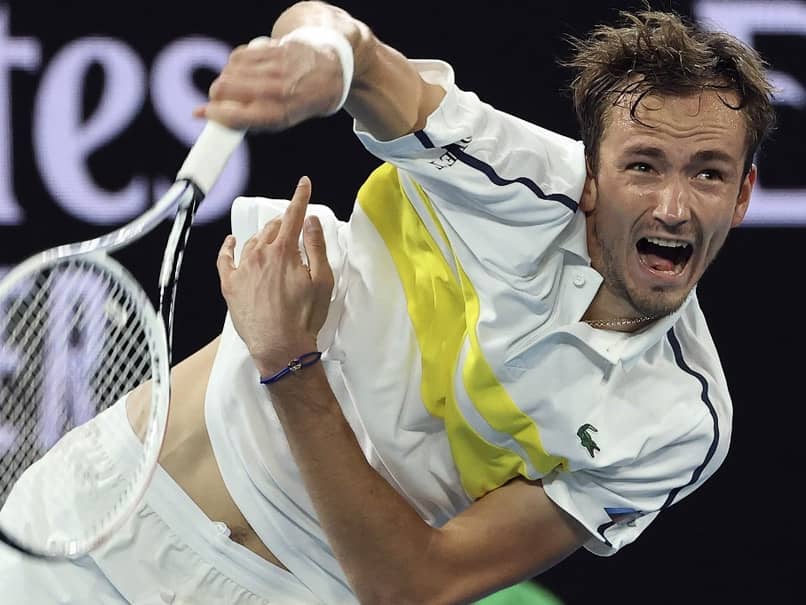 Birthday boy Daniil Medvedev added another win to his red-hot streak on Thursday, as the Russian fourth seed demolished Roberto Carballes Baena to ease into the Australian Open third round. Medvedev, who turned 25 on Thursday, powered past the Spaniard 6-2, 7-5, 6-1 on John Cain Arena for his 16th straight win dating back to November. Along the way, the world number four has won the Paris 1000, the ATP Finals in London and the ATP Cup with Russia in the lead-up to the opening Grand Slam of the year. "Sometimes in tennis, as in other sport, you just have the momentum and feel like you can do a lot of things," he said of his blistering form.

"Once you lose it it's tougher, so I'm just trying to keep it as much as possible. So far it has been working and hoping it won't stop for a long time."

He will next play Serbian 28th seed Filip Krajinovic, who eased past Spain's Pablo Andujar in four sets.

Medvedev's sizzling form makes him a serious contender to claim a maiden Grand Slam title, and he was in fine touch against Carballes Baena, ranked 99.

He quickly took charge, returning well and dominating at the baseline and net to comfortably take the opening set.

The Russian was pressed harder in the second but that was as good as it got for Carballes Baena, who lost focus and was punished by a man at the top of his game.

Medvedev is bidding not only for a maiden Grand Slam title but to become only the third Russian man to win a major, after Yevgeny Kafelnikov and Marat Safin.

He has been knocking on the door for some time, reaching the 2019 US Open final -- where he lost in five sets to Rafael Nadal -- and the last four in New York in 2020.

But he has yet to go beyond the round of 16 at Melbourne Park.

Comments
Topics mentioned in this article
Daniil Medvedev Tennis
Get the latest updates on IPL 2021, IPL Points Table , IPL Schedule 2021 , live score . Like us on Facebook or follow us on Twitter for more sports updates. You can also download the NDTV Cricket app for Android or iOS.