Ana Ivanovic's coach Nigel Sears, 58, collapsed at Rod Laver Arena during her match with Madison Keys, and needed emergency treatment. Sears also happens to be the father-in-law of Andy Murray. 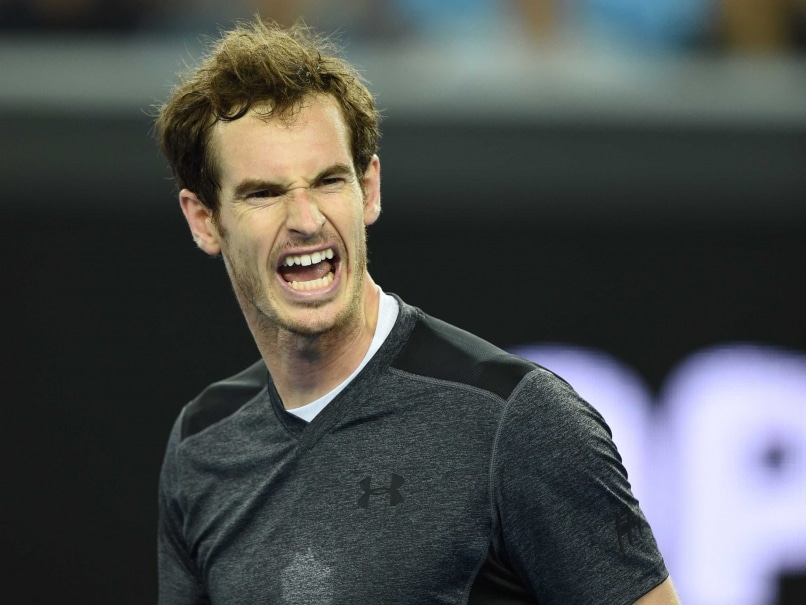 Britain's Andy Murray shouts as he celebrates after victory in his men's singles match against Portugal's Joao Sousa on day six of the Australian Open tennis tournament in Melbourne.© AFP

A mid-match medical emergency involving Ana Ivanovic's coach -- who is also the father of Andy Murray's heavily pregnant wife -- caused concern and disruption on a dramatic evening at the Australian Open on Saturday. (Muguruza Crashes Out)

Nigel Sears, 58, collapsed at Rod Laver Arena during Ivanovic's match with Madison Keys, and needed emergency treatment as the shocked players and thousands of fans looked on.

The match was halted for just under an hour as the British coach was stretchered away before Serbia's Ivanovic bravely resumed play -- only to lose 4-6, 6-4, 6-4 to a determined Keys.

As the drama unfolded, Murray was playing at the adjacent Margaret Court Arena, watched by his mother Judy. He did not give the usual on-court interview after his 6-2, 3-6, 6-2, 6-2 win over Joao Sousa.

However, a stadium announcer told the crowd at Rod Laver Arena that Sears was conscious and sitting up. "He's okay," he said, in a comment that was greeted with applause.

Uncannily, it was Ivanovic's second match at Rod Laver Arena to be interrupted by a medical emergency after an elderly spectator fell on a stairway and also needed lengthy treatment on Thursday.

Murray has pledged to quit the tournament if his wife, who is due to give birth to their first child within weeks, goes into labour.

Earlier, French Open champion Stan Wawrinka brought up his 400th tour-level win to set up a clash with Milos Raonic, who was in mourning for victims of a Canadian high school shooting, which left four dead.

Two-time women's champion Victoria Azarenka raced into the last 16 for the loss of just five games in total, and also saw Garbine Muguruza cleared from her path as the third seed crashed to Barbora Strycova. 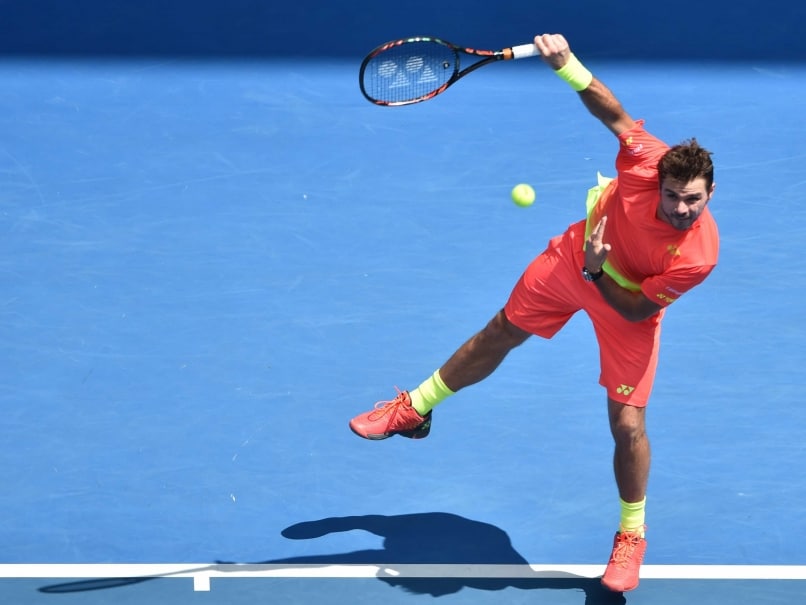 Switzerland's Stanislas Wawrinka serves against Czech Republic's Lukas Rosol during their men's game on day six of the Australian Open tournament in Melbourne.

Switzerland's Wawrinka, who won his first Grand Slam title in Melbourne two years ago, wielded his signature one-handed backhand to devastating effect against Lukas Rosol as he rolled the Czech 6-2, 6-3, 7-6 (7/3).

The 2014 Australian Open champion now goes into a last-16 clash with Canada's Raonic, who was fired up by his grief over the high school shooting as he overwhelmed Victor Troicki 6-2, 6-3, 6-4.

"Today's victory was for that community and a quick recovery. All of Canada, and I'm sure the world, is behind you," said an emotional Raonic, who was close to tears as he addressed the crowd after his match.

Meanwhile Azarenka, back to her best after two years of injury trouble, blew away Japanese teenager Naomi Osaka 6-1, 6-1 as she accelerated into the second week.

It opens up a path to the quarter-finals for the Belarusian, with Spanish world number three Muguruza no longer a concern after she was shocked by Czech veteran Strycova in straight sets.

Johanna Konta beat Denisa Allertova 6-2, 6-2 to become the first British woman to reach the fourth round in 29 years and set up a clash with Russia's Ekaterina Makarova, who ousted Czech player Karolina Pliskova.

And Chinese qualifier Zhang Shuai, who was on the verge of retirement after losing all 14 of her previous Grand Slam matches, stunned Varvara Lepchenko 6-1, 6-3 to extend her fairytale into a match-up against Keys.

Comments
Topics mentioned in this article
Andy Murray Ana Ivanovic Milos Raonic Stanislas Wawrinka Tennis
Get the latest updates on IPL 2020, check out the IPL Schedule for 2020 and Indian Premier League (IPL) Cricket live score . Like us on Facebook or follow us on Twitter for more sports updates. You can also download the NDTV Cricket app for Android or iOS.