The unseeded Indians were beaten 1-6 2-6 by their 11th seeded opponents in a contest that lasted one hour and nine minutes at the Melbourne Park. 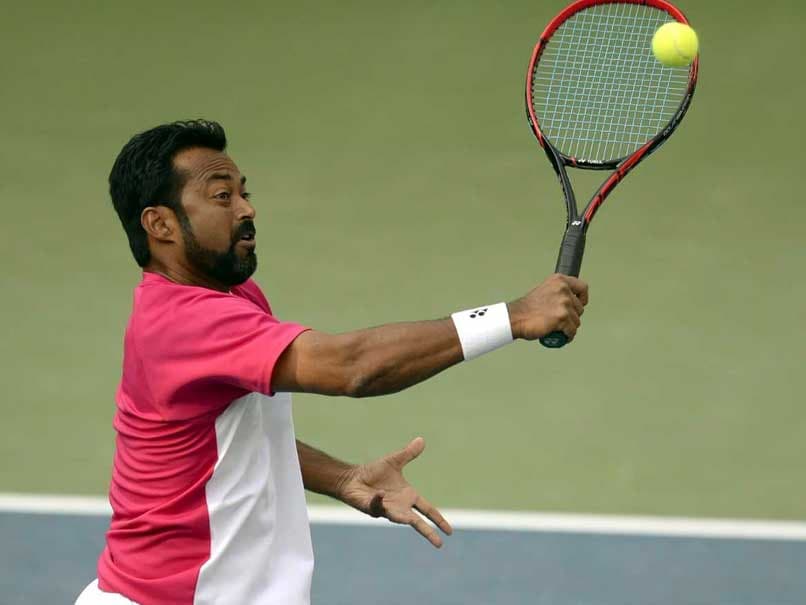 Leander Paes, 44, has 18 Grand Slam titles and an Olympic medal to his name© AFP

Veteran Leander Paes and Purav Raja on Sunday crashed out while Rohan Bopanna and his Hungarian partner Timea Babos outclassed their opponents to progress to the pre-quarterfinals at the Australian Open. Paes and Raja suffered a straight-set defeat at the hands of Juan Sebastian Cabal and Robert Farah of Colombia in the men's doubles pre-quarterfinals, Bopanna and Babos easily edged past Australian pair of Andrew Whittington and Ellen Perez in the mixed doubles first round.

The unseeded Paes and Raja were beaten 1-6 2-6 by their 11th seeded opponents in a contest that lasted one hour and nine minutes at the Melbourne Park here.

Paes and Raja failed to capitalise on any one of the five break points -- two in the first set and three in the second -- they got in the match while the Cabal-Farah duo converted four out the 10 they had.

The Colombian duo broke the Indians twice in both the sets to easily grab the match and make it to the quarterfinals.

The Indian pair had shocked the formidable fifth seeds Bruno Soares and Jamie Murray in the second round but their game were not up to the mark today.

Paes and Raja, who won two Challenger-level titles to close the 2017 season, were playing in their second Grand Slam together.

At the 2017 US Open, they lost in the second round. Paes has not featured in the quarterfinals of a Grand Slam event for more than a year. The last time 44-year-old Paes played a quarterfinal at a Grand Slam was in 2016 at French Open where he and Marcin Matkowski had lost to Mike and Bob Bryan.

Meanwhile, Bopanna and Babos dispatched the unseeded Australian pairing of Whittington and Perez 6-2 6-4 in a first-round mixed doubles match lasted less than an hour.

The fifth-seeded Indo-Hungarian pair looked dominant from the start breaking Whittington's serve in the very first game. They will face USA's Vania King and Croatia's Franko Skugor in the second round.

Comments
Topics mentioned in this article
Leander Paes Purav Raja Tennis
Get the latest updates on IPL 2021, IPL Points Table , IPL Schedule 2021 , live score . Like us on Facebook or follow us on Twitter for more sports updates. You can also download the NDTV Cricket app for Android or iOS.