Stefanos Tsitsipas was in a different league to Alexander Zverev, who only began hitting balls a week ago after an off-season curtailed by a lucrative exhibition tour. 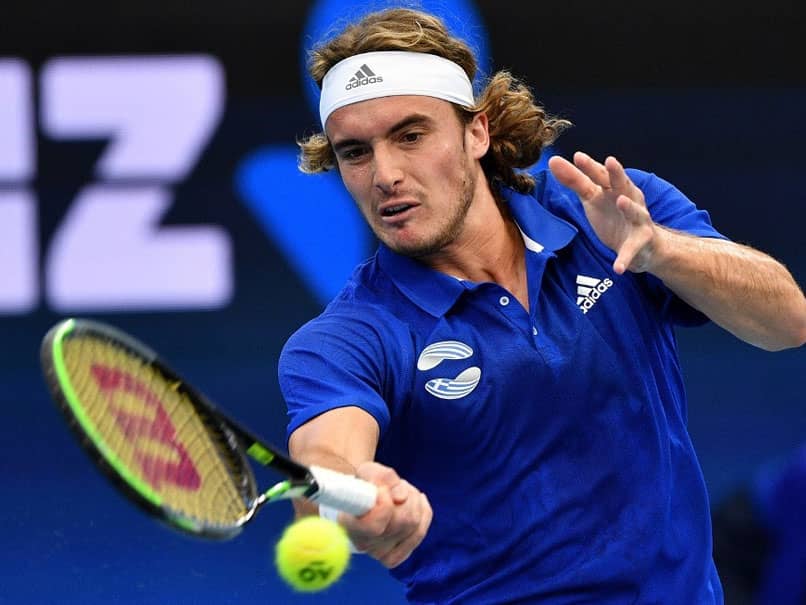 Stefanos Tsitsipas whipped an error-strewn Alexander Zverev to win the battle of the big guns at the ATP Cup on Sunday, inflicting a second successive defeat on the German in his warm-up for the Australian Open. On day three of the inaugural 24-nation team event in Sydney, Brisbane and Perth, world number 11 David Goffin was another loser, along with Italy's Fabio Fognini, ranked one place below him. Greek star Tsitsipas, who won the 2019 season-ending ATP Finals in London and is now ranked six, was in a different league to Zverev, who only began hitting balls a week ago after an off-season curtailed by a lucrative exhibition tour.

The lacklustre German world number seven sent down 10 double faults and made just 45 percent of his first serves, a worrying sign ahead of the opening Grand Slam of the year.

He lost to Australia's Alex de Minaur in his opening match on Friday, throwing away a one-set lead.

"I worked very hard for this win, I found solutions, found my rhythm and my pace and knew what I was doing on court," said impressive 21-year-old Tsitsipas after his 6-1, 6-4 walloping in Brisbane.

"I was serving pretty okay and played clever again. I managed to stay calm and positive in my head."

The Boris Becker-captained Germans have now won one of their opening ties, while Greece has lost both of theirs.

The 24 countries are split into six groups, with the top eight from the round-robin going onto the knockout phase before one is crowned the winner.

The Grigor Dimitrov-led Bulgaria won their second tie in a row, beating Moldova 2-1, to be in a commanding position in Group C, while Australia also made it two-out-of-two in Group F with De Minaur again on fire in their 3-0 sweep of Canada.

Belgium's Goffin saved five match points against Dan Evans, but it was too little, too late as he crashed 6-4, 6-4 in Sydney for one of the biggest wins of the Briton's career.

Jamie Murray and Joe Salisbury won the deciding doubles to secure the tie for Britain 2-1.

Fognini was beaten in Perth by emerging Norwegian 21-year-old Casper Ruud, who claimed his second big scalp after upsetting American John Isner in his first match on Friday.

Ruud, whose father Christian is Norway's captain, won 6-2, 6-2, although it wasn't enough to prevent Norway losing 2-1 to Italy.

Stefano Travaglia won the other singles and Fognini bounced back alongside Simone Bolelli to take the deciding doubles rubber.

"Coming out here and beating two top 20 players at the beginning of the year is great for my confidence," said world number 54 Ruud.

Mercurial Australian Nick Kyrgios pulled out of his country's tie against Canada just hours before it started with back soreness.

But John Millman seamlessly stepped in to stun Felix Auger-Aliassime in straight sets before De Minaur again showed the fighting qualities for which he is renowned.

After bouncing back from losing the opening set to Zverev on Friday, he did the same against Denis Shapovalov in a gutsy 6-7 (6/8), 6-4, 6-2 three hour display.

"I would love to take care of things a bit easier, but you kind of got to play the cards you're dealt," said De Minaur."

Australian captain Lleyton Hewitt said Kyrgios would be assessed before their next tie on Tuesday.

Elsewhere, Dimitrov, who is player-coach of Bulgaria, whipped Moldova's top player Radu Albot 6-2, 6-3 for his second win of the tournament, having already beaten Evans.

"I wanted to give something back to the boys and just make sure that they learn. That's it," said the former world number three on why he accepted the dual role in an inexperienced team.

Comments
Topics mentioned in this article
Stefanos Tsitsipas Alexander Zverev Tennis
Get the latest updates on IPL 2021, IPL Points Table , IPL Schedule 2021 , live score . Like us on Facebook or follow us on Twitter for more sports updates. You can also download the NDTV Cricket app for Android or iOS.