Andy Murray dropped the first set and was taken to a tie-break in the second before finally prevailing 3-6, 7-6 (7/2), 6-4 to reach the last four at the Wimbledon warm-up event for the fourth time. 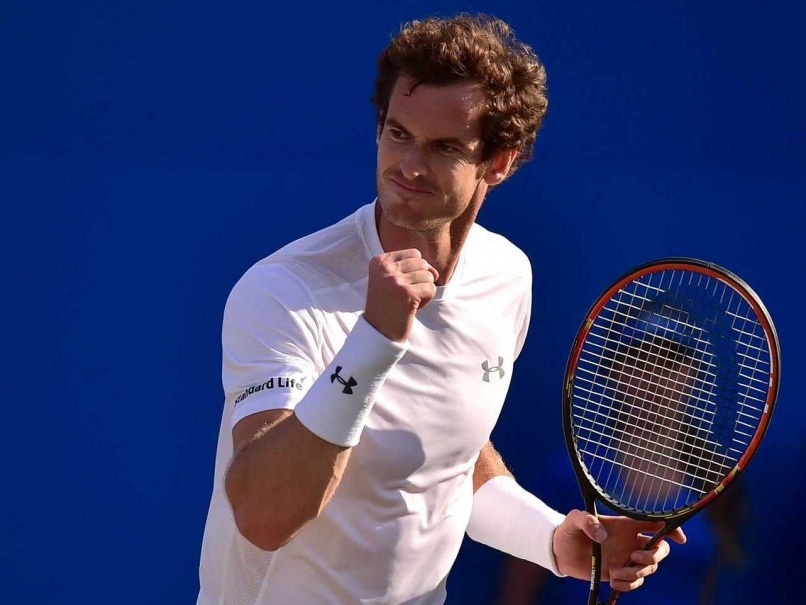 Andy Murray survived a major scare to keep his bid for a record-equalling fourth Queen's Club title on track with a hard-fought victory over Luxembourg's Gilles Muller in the quarter-finals on Friday.

Murray dropped the first set and was taken to a tie-break in the second before finally prevailing 3-6, 7-6 (7/2), 6-4 to reach the last four at the Wimbledon warm-up event for the fourth time.

Watched by Chelsea manager Jose Mourinho for the second time this week, this was Murray's least convincing display of the tournament.

But he did just enough to secure a semi-final meeting with John Isner of the United States or Serbia's Viktor Troicki on Saturday.

The 28-year-old last triumphed at Queen's in 2013 and if he lifts the giant silver trophy on Sunday he will join Boris Becker, John McEnroe, Andy Roddick and Lleyton Hewitt as the joint record winner of the tournament.

Although Murray still has plenty of room for improvement as he fine-tunes his grass-court preparations ahead of Wimbledon, the Scot can at least take heart from the gritty way he subdued the big-serving Muller to extend his record since getting married in April to 18 wins from 19 matches.

He also now holds a 23-5 career record at Queen's, making him the firm favourite in a tournament bereft of star names following surprise defeats for Rafael Nadal, Stan Wawrinka and Grigor Dimitrov.

Muller, 32, was hoping to benefit from some inside information about Murray as his coach Jamie Delgado is a close friend of the Scot.

More significantly, the world number 48 had blasted 56 aces in his first two matches in a tournament whose fast surface has been a major bonus for the big servers.

Murray's serve isn't quite so potent and, with his groundstrokes erratic in the early stages, he found himself broken in the fourth game.

Against a server in Muller's blistering form that proved fatal to his first set chances.

Murray still couldn't make an impact on Muller's serve for much of the second set, but he raised his game at the crucial moment with a flawless tie-break that forced a final set.

Bolstered by that escape, Murray's returns fizzed with more power and accuracy and he finally secured his first break of the match in the opening game of the third set -- it proved decisive as he comfortably served out the win.

Earlier, South Africa's Kevin Anderson powered into the semi-finals with a 7-6 (9/7), 7-5 victory against Spain's Guillermo Garcia-Lopez.

Anderson was appearing in the Queen's quarter-finals for the third time in four years and the world number 17 finally made it to the last four after bludgeoning Garcia-Lopez into submission with 18 aces.

"It was definitely dominated by serves today, so step one was take care of my own and try and create opportunities on his serve. Fortunately, I was able to get one right before the end," Anderson said.

Anderson's last four opponent will be French seventh seed Gilles Simon, who fought back from a set down to defeat world number eight Milos Raonic 4-6, 6-3, 7-5.

Simon had lost all three of his previous meetings with Raonic, but the 30-year-old booked his first appearance in the Queen's last four on his fifth match point.

The world number 13 will aim to reach his second final of the year -- he won the Marseille Open in February -- when he meets Anderson.

"I feel it was really tough," Simon said. "I couldn't return any serve for one set and I was under pressure every time.

"I don't know how it turned out of nowhere but I was able to hold on."

Comments
Topics mentioned in this article
Andy Murray Gilles Muller Tennis
Get the latest updates on ICC Women's Cricket World Cup 2022 and IPL 2022, check out the Schedule , Live Score and IPL Points Table. Like us on Facebook or follow us on Twitter for more sports updates. You can also download the NDTV Cricket app for Android or iOS.