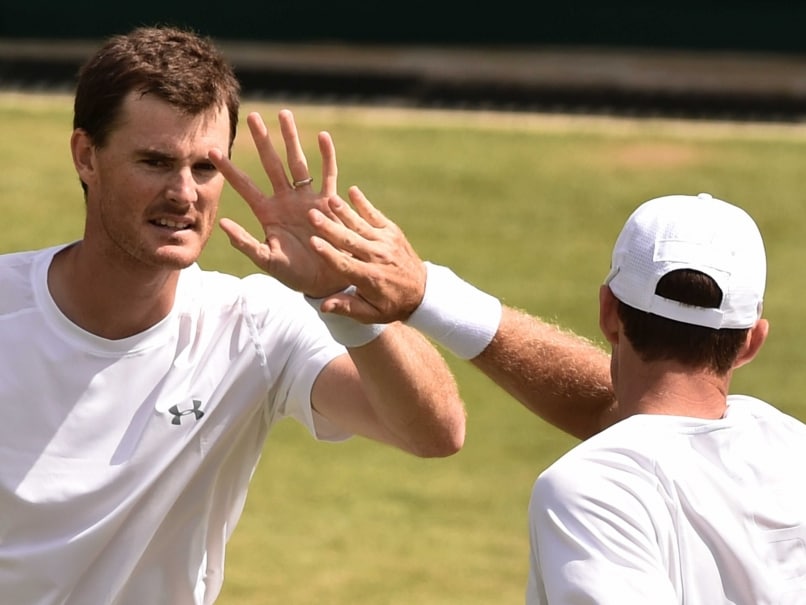 A player named Murray has delighted the Centre Court crowds by winning a place in the Wimbledon final.

It was not Andy , however - who must wait until Friday afternoon t o play his semi-final in the men's singles - but his older brother, Jamie, who along with his partner, John Peers, will play for the men's doubles trophy on Saturday.

Jamie, who at 29 is 15 months older than his brother, has already claimed one Wimbledon title, having won the mixed doubles with Jelena Jankovic in 2007, six years before Andy claimed the individual trophy. (Andy Murray in the form of his life ahead of Federer clash)

On Thursday, he and Peers, who is Australian, came back from a set down to defeat Philipp Petzschner and Jonathan Erlich, the latter clearly struggling with a heavily strapped knee. (Novak Djokovic brings curtains up on Wimbledon semifinal day)

One of the loudest cheers of the match, however, happened when a ball served by one of the players struck a linesman's chair and flew into the royal box, where it was caught by none other than David Beckham. The footballer smiled and gave an embarrassed wave to the crowd.

Though they admit to having had a competitive relationship since they were children, the two brothers are close and have delighted in each other's success at Wimbledon this year. (Djokovic says sorry to ballgirl after shouting at her)

Andy was mid-sentence during a post-match press conference this week when he glanced at a screen and clenched his fists in victory. "Sorry, my brother's just won," he said, beaming.

But the number 3 seed, who will play Roger Federer on Friday for a place in his third Wimbledon final, was not at the court to watch his brother - "I don't like it. It feels like when I watch him, he loses," he has said.

Both Judy Murray and her former husband, Willie, were in Centre Court to watch their elder son, however. Both boys like to tease their mother about which is her favourite son: when Judy sent a tweet last month referring to Andy as "my special one" , Jamie replied: "Thank you mum @judmoo."

"We all know you are number 1 son noobs," responded Andy on the social network, "Best presents at Christmas, bigger bedroom, blame everything on me etc..."

Asked immediately after the match if he would speak to his younger brother before his own semifinal on Friday, Jamie beamed. "No."