Murray into quarterfinals at Dubai Championships

Andy Murray eased into the quarterfinals at the Dubai Championships with a 6-3, 6-4 win over Marco Chiudinelli of Switzerland on Wednesday. 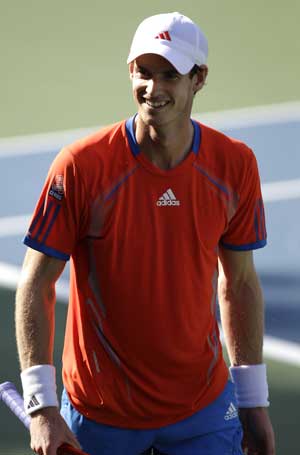 Andy Murray eased into the quarterfinals at the Dubai Championships with a 6-3, 6-4 win over Marco Chiudinelli of Switzerland on Wednesday.

Murray had struggled against German qualifier Michael Berrer in his opening win, but looked more like the player that reached the Australian Open semifinals. He broke the 185th-ranked Chiudinelli to go up 3-1 in the first set and moved him around the court with ease. He ended the first set with an ace.

The second set was closer as both players held serve for the first eight games. But then Murray broke Chiudinelli to go up 5-4 and won the match with his serve.

Murray next plays the winner of the match between fifth-seeded Tomas Berdych and Lukas Lacko.

Comments
Topics mentioned in this article
Tennis Marco Chiudinelli Andy Roddick Caroline Wozniacki Vera Zvonareva Daniela Hantuchova Anna Chakvetadze
Get the latest updates on ICC T20 Worldcup 2022 and CWG 2022 check out the Schedule, Live Score and Medals Tally. Like us on Facebook or follow us on Twitter for more sports updates. You can also download the NDTV Cricket app for Android or iOS.