Andy Murray needed less than an hour to dismiss the 18-year-old Coric, converting four of his five break points while never allowing his opponent the chance to steal his serve. 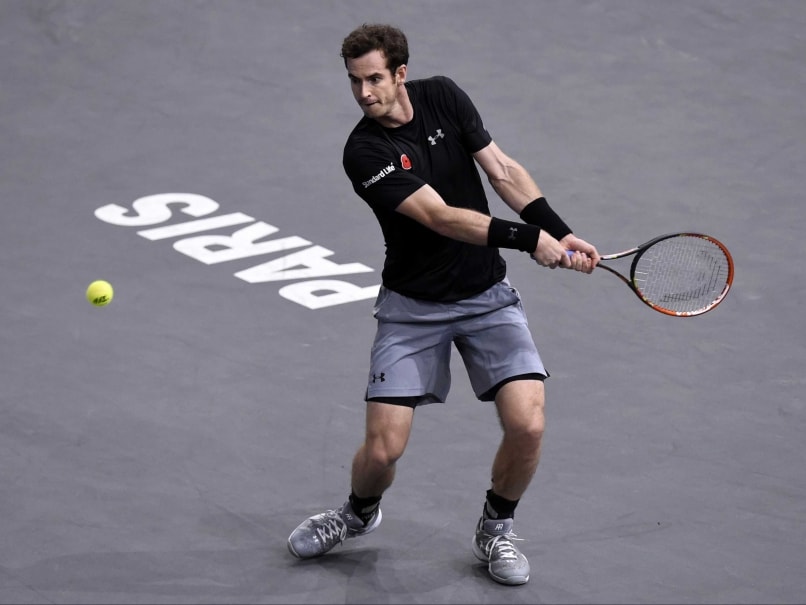 Andy Murray demolished Croatian teenager Borna Coric 6-1, 6-2 in the second round of the Paris Masters on Wednesday to set up a Davis Cup-flavoured clash with Belgium's David Goffin. (Leander Paes-Rafael Nadal Bow Out of Paris Masters)

Britain and Belgium meet in the Davis Cup final in Ghent from November 27-29 with world number three Murray and Goffin, who eased past Serbian qualifier Dusan Lajovic, set to clash in the number ones' singles rubber. ('Solid' Novak Djokovic Continues Paris Win-Streak)

Murray needed less than an hour to dismiss the 18-year-old Coric, converting four of his five break points while never allowing his opponent the chance to steal his serve.

Chardy fired 17 aces but it was not enough to unsettle Nishikori, who played better on the key points.

The 10th-seeded Gasquet looked solid in a 6-2, 7-5 victory against Argentine Leonardo Mayer.

The Paris Masters is the last tournament before the season-ending ATP World Tour finals, which will be played between the eight best players of the season from November 15-22 at the 02 arena in London.

Comments
Topics mentioned in this article
Andy Murray Borna Coric David Goffin Tennis
Get the latest updates on IPL 2020, check out the IPL Schedule for 2020 and Indian Premier League (IPL) Cricket live score . Like us on Facebook or follow us on Twitter for more sports updates. You can also download the NDTV Cricket app for Android or iOS.