Germany, the 2014 finalists, will face Russia away in the semi-finals on April 18-19 after Petkovic again dug deep to seal a 6-3, 3-6, 8-6 win over Jarmila Gajdosova, with the third set of their fourth singles rubber taking nearly an hour. 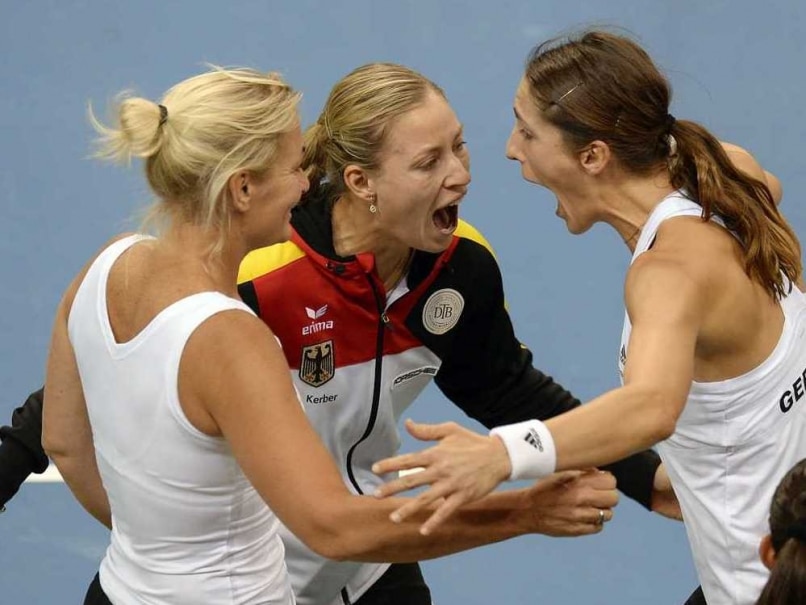 The German team celebrates after making it to the semis© AFP
Stuttgart:

Andrea Petkovic endured another gruelling three-set marathon to seal Germany's 3-1 win over Australia on Sunday and put the hosts in the Fed Cup semi-finals.

Germany, the 2014 finalists, will face Russia away in the semi-finals on April 18-19 after Petkovic again dug deep to seal a 6-3, 3-6, 8-6 win over Jarmila Gajdosova, with the third set of their fourth singles rubber taking nearly an hour.

"We want to win the cup, even if it's unfortunate to have an away match next," said Germany's heroine-of-the-day Petkovic.

It was the second time in 24 hours Petkovic was carried to victory by the vocal 4,000-strong crowd in a gruelling tie after Saturday's victory over Samantha Stosur came down to a 12-10 battle in the third-set after three hours, 13 minutes of tennis.

Having been 4-2 down in the crucial third, Petkovic showed her composure by converting her second match point to seal Germany's win and keep them bidding for a second straight final appearance.

"I was a bit tired from yesterday, but I always just played it one point at a time," said a jaded Petkovic at Stuttgart's Porsche Arena.

"I hope there is Champagne, but beer is also okay.

"We'll mix in with the fans anyway, the atmosphere was incredible."

Angelique Kerber had earlier put Germany on the brink of the semi-finals with a straight-sets win over Stosur, who lost both of her singles rubbers in Stuttgart.

Having suffered a shock three-sets defeat to Gajdosova in Saturday's opening rubber, Kerber, ranked 10th in the world, had no such problems against Stosur.