Ana Ivanovic beat Anastasija Sevastova 6-3, 6-3 to enter the third round of the Australian Open despite a 30-miute delay while ambulance officials treated an elderly spectator who apparently slipped down some stairs inside the stadium. 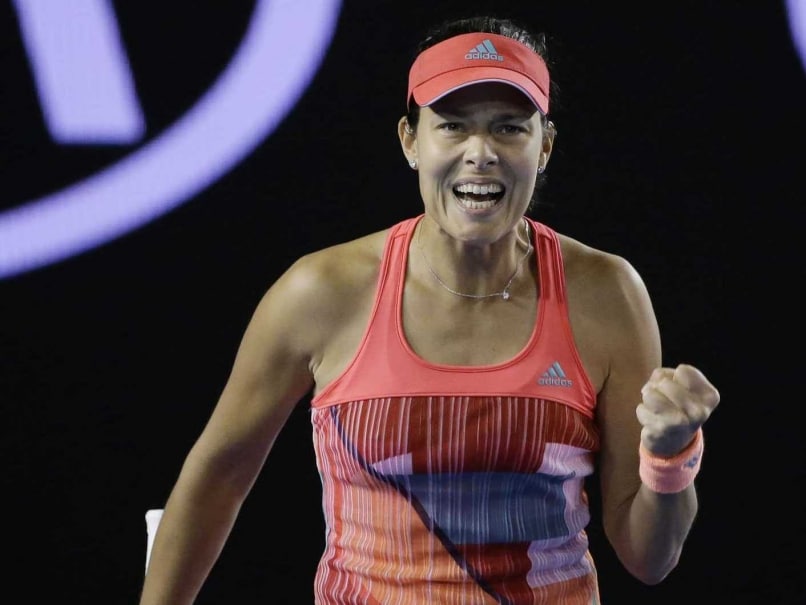 Ana Ivanovic celebrates after winning her 2nd round match in the Australian Open.© AP
Melbourne:

Former world number one Ana Ivanovic eased into the Australian Open third round on Thursday, keeping her focus despite a 30-minute mid-match delay while medics treated an injured spectator.

Despite the mid-match drama Ivanovic, seeded 20, was always comfortable against Latvian qualifier Anastasija Sevastova, cruising to a 6-3, 6-3 win on Rod Laver Arena.

"This is my favourite court in the world," said the Serb. "Every match is tough and I'm thrilled to be through."

Both players had to deal with a first-set delay while ambulance officials treated an elderly spectator who apparently slipped down some stairs inside the stadium.

As Ivanovic and Sevastova looked on anxiously, an umpire was heard telling them that medics were waiting for a spinal board and collar before they could move the stricken fan.

There was no word on her condition, although the official said she was conscious.

The incident comes after Bernard Tomic's match was delayed for 20 minutes on Tuesday while a woman received treatment for an apparent seizure at Hisense Arena.

When play resumed after a warm-up it was Ivanovic who dealt with the interruption better, winning the next two games to clinch the opening set.

She got an early break in the second set and held serve before Sevastova, whose best Australian Open performance was the round of 16 in 2011, clawed her way back for 3-3.

But Ivanovic got another crucial break in the eighth game, and a backhand into the net from the Latvian ensured she lived to fight another day.

Ivanovic, a perennial crowd favourite in Australia, where she has family and once dated golfer Adam Scott, came into the tournament in poor form, crashing at the first hurdle at both the Auckland Classic and Sydney International.

But she has slowly been improving and is in a favourable side of the draw with world number two Simona Halep, whom she could have met in the fourth round, already eliminated.

The win against Sevastova, appearing in her first Grand Slam main draw since the 2011 US Open, sets up a third-round clash against either 15th-seeded American Madison Keys or Kazakhstan's Yaroslava Shvedova.

Ivanovic's progress at Melbourne Park this year is already far better than in 2015, when she suffered a humiliating first-round defeat to a player ranked 137 places below her.

That loss dealt a further blow to her quest to return to the heights of 2008, when she won the French Open as a 20-year-old and reached world number one.

Undeterred, Ivanovic bounced back to make the Roland Garros semis last year but flopped again at Wimbledon, losing in the second round, and the US Open where she fell at the first hurdle.

Comments
Topics mentioned in this article
Ana Ivanovic Tennis
Get the latest updates on India vs Australia Series, check out the India vs Australia Schedule for 2020-21 and Ind vs Aus live score . Like us on Facebook or follow us on Twitter for more sports updates. You can also download the NDTV Cricket app for Android or iOS.