Alexander Zverev Blames 'Superstition' For 'Ridiculous' Use Of Towels

Earlier this week, Fernando Verdasco had berated a ball boy at the Shenzhen Open for failing to bring his towel fast enough. 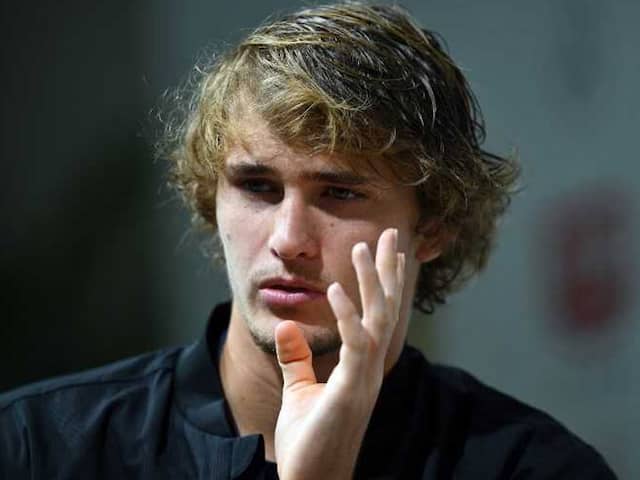 Alexander Zverev weighed in on the debate about players' use of towels.© AFP

Alexander Zverev weighed in on the debate about players' use of towels on Friday, saying those who wipe down after every point are "ridiculous" and do it for superstition, not sweat. There has been much discussion at the Shanghai Masters this week about the issue after Fernando Verdasco berated a ball boy at the Shenzhen Open for failing to bring his towel fast enough. Roger Federer told reporters in Shanghai earlier this week that ball boys and girls -- who are unpaid volunteers -- should be given as much respect as anyone else.

There have been calls for towel rails to be placed at the back of courts so ball kids do not have to bring the sweaty towels to players every few minutes when they wipe their faces and hands between points.

That system will be tried out at the Next Gen ATP Finals in Milan next month.

"There are some players -- some American players, some other players -- that go for the towel literally after every single point," said the 21-year-old German prodigy Zverev.

"That's a bit ridiculous, in my perspective.

"You serve an ace or a double fault, or your opponent serves an ace, and the poor ball kid has to keep running for the towel just because it's a superstition and it's not a use because you're sweating too much or something like that.

"I mean, some players literally use it as superstition. That's not the purpose for it."

Comments
Topics mentioned in this article
Alexander Zverev Roger Federer Fernando Verdasco Tennis
Get the latest Cricket news, check out the India cricket schedule, Cricket live score . Like us on Facebook or follow us on Twitter for more sports updates. You can also download the NDTV Cricket app for Android or iOS.