Kimiko Date-Krumm, 44, came from behind to score an upset victory over Germany's Sabine Lisicki. 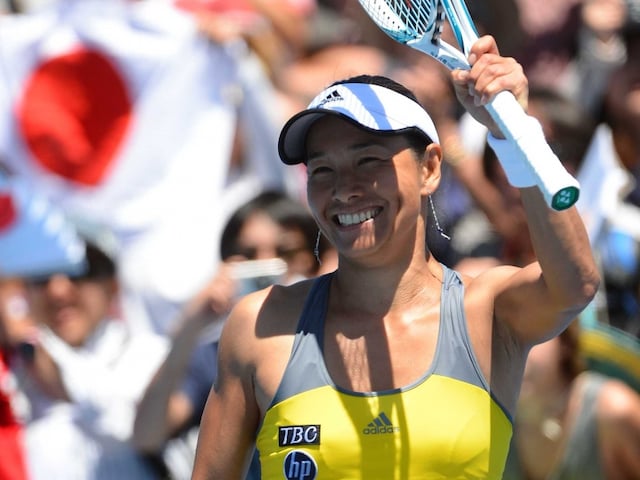 Date-Krumm, 44, who was forced to qualify for the main draw, looked to be heading to a rapid defeat after Lisicki whizzed through the first set, winning 6-1.

But the ageless Japanese favorite fought back brilliantly to clinch a second set tie-break before wrapping up the decider to seal a 1-6, 7-6 (7/4), 6-2 triumph.

Date-Krumm will now play Ajla Tomljanovic in the second round. Tomljanovic defeated Vitalia Diatchenko 3-6, 6-0, 6-0 to advance.

The field for this year's Stanford tournament was weakened on the eve of the event when world number one Serena Williams withdrew with an injury as she builds towards her tilt at a calendar Grand Slam at the US Open.

With Williams out, Denmark's Caroline Wozniacki is top seed.

Wozniacki, who received a bye in the first round, will play America's Varvara Lepchenko in her first match.

Comments
Topics mentioned in this article
Kimiko Date-Krumm Sabine Lisicki Tennis
Get the latest updates on IPL 2020, check out the IPL Schedule for 2020 and Indian Premier League (IPL) Cricket live score . Like us on Facebook or follow us on Twitter for more sports updates. You can also download the NDTV Cricket app for Android or iOS.